A Look At Codemasters' GRID

I’m a huge fan of Sports/GT-Racing genre of games. Recently Codemasters had released their newest game, GRID, and I’d downloaded the demo version of GRID couple of days ago and decided to check it out.

And yes the visual presentation just blew me away! Everything looks gorgeous, from the menu screens which are alive in 3D, to the loading screens which, instead of the usual flat progress bar, show your accomplishments in your career. 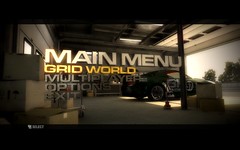 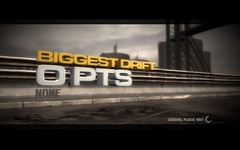 The demo weighs in at about 915MB, and has 3 types of races, a Ford Mustang GT-R on the streets of San Francisco in the eBay Motors Muscle Cup, a drift race in a Nissan S15 Silvia in the Advan Drift Trophy at Yokohama Docks, and a standard circuit-type race in a BMW 320si touring cars. 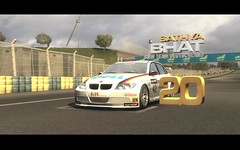 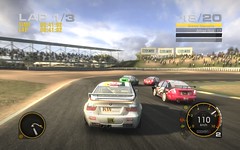 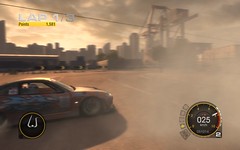 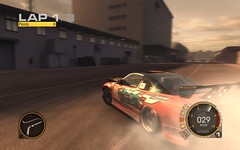 The handling of the cars overall using keyboard was very difficult. On straights, its fine, on curves and it becomes very difficult, and once you lose control, well you’re gone. The damage modelling is fantastically done, and its not just cosmetic either - you can really feel the car getting more and more difficult to handle. 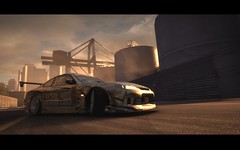 Its been a while since I’ve enjoyed a decent racing game - might as well pick up GRID, and along with it, an XBOX 360 controller as well!

Here are some of the screenshots I’d taken of Grid.