I’ve been absent in posting here – more because there’s hardly anything interesting going on. Well, there’s laziness as well. So here’s a recap.

For the past couple of months, my colleague had returned back to India, which meant me having no company. With Thanksgiving around the corner, I decided to pay a trip to my cousin sis’ place in Allen, TX. With no car with me & bus service from Austin to Allen non-existent – I decided to rent a car from Enterprise.

With no International OR a US driving license, I was worried if they’d reject the rental ( the Texas DMV, however, says you can drive with a valid license – doesn’t have to be International or US) – but thankfully, Enterprise didn’t reject it. The other worry I had was that Enterprise requires a valid credit card to be presented while renting. Now I didn’t have a US credit card. Then I realized that I did have my Indian credit card which was a valid International credit card – so I presented it – and voilà  – it was accepted. I also enquired if if the final payment could be done with my Bank Of America debit card – they said that would be fine – so USD <-> INR exchange rate problems.

Since I was the only one driving and in the car – I opted for the lowest tier of available cars – the economy tier(the weekend special rate was about $12.99 a day). I was expecting some low-end crap hatchback – but the cars offered to me were the Kia Forte or the Toyota Corolla. Wow. I opted for the Toyota. Now apart from driving around in parking lots for a brief time, I had never done any “real” driving in the US ( just a reminder – they drive on the wrong side of the road

) – but I was confident but driving – and lo – didn’t have any problems. ( Honestly: if you can drive in India without a scratch – you can drive anywhere – well, except for Vietnam -.- ).

The actual drive from Austin to Allen was pretty smooth. The distance was about 216 miles, and I covered it it in about 3and half hours – of which about an hour was spent crawling through Dallas downtown traffic at peak time. Driving on the freeway was an exhilarating and scary experience – especially when you’re driving at a constant 70 MPH ( cruise control: God Bless Thee) and have big rig trucks overtaking you –.- ( seriously! The ratio number of vehicles I’ve overtaken to number of vehicles that have overtaken me was like 1:4)

It was great catching up with my cousin – was meeting her after nearly 2 years ( guess the last time met her was when I was in Austin the last time). Had a good time with general talk, chit-chat, and of course, the Turkey dinner. 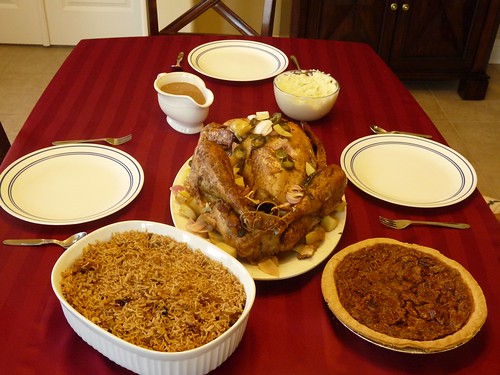 Unlike my last Thanksgiving & Black Friday in Austin, this time, I didn’t do any purchases – there was hardly any item which was worth purchasing. Now that doesn’t mean I haven’t gotten any new gadgets – I do have some new gadgets – some purchased, some acquired.

First up: HP Envy 14 which was a replacement for my Dell Inspiron 1520 I had purchased 3 years ago. 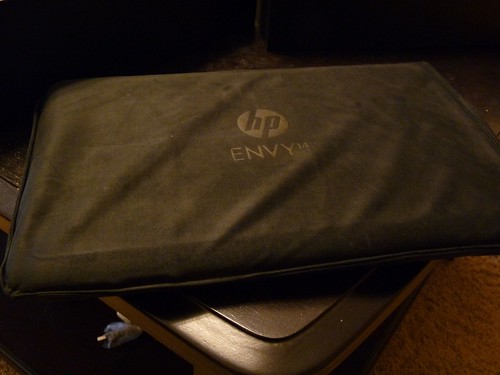 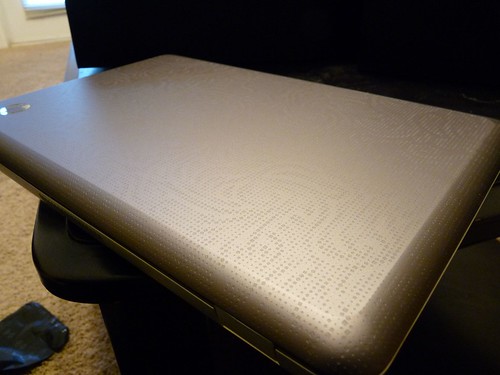 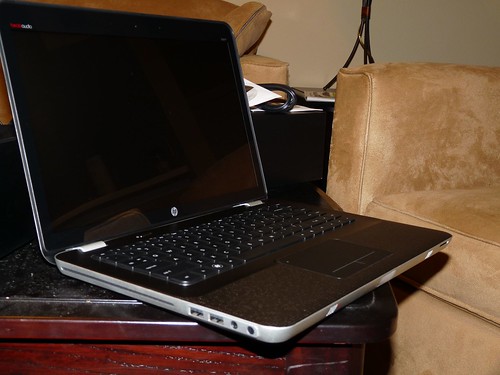 Next is the D-Link “Gamers Lounge” DGL-4500 Wireless-N router, sent to me by Jeff Atwood of Coding Horror fame for recommending him a new router – which replaced my previous Netgear WGT 624. 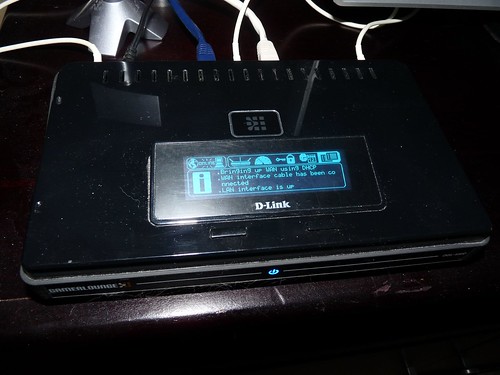 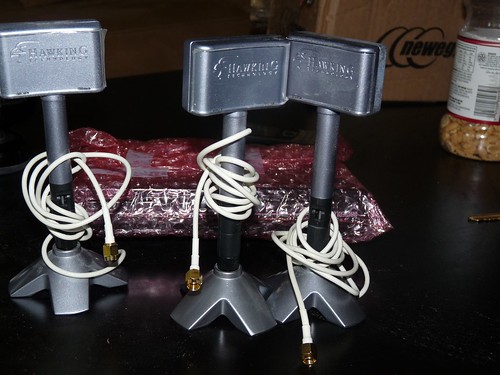 The Samsung-Google Nexus S, replacement for my iPhone 3G 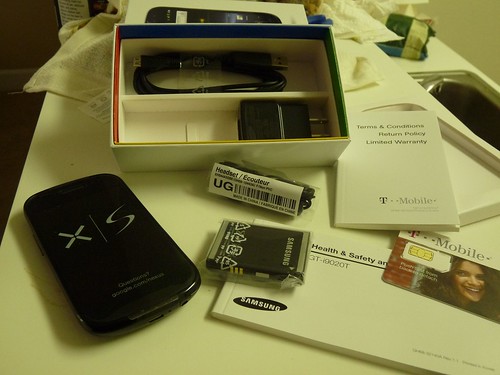 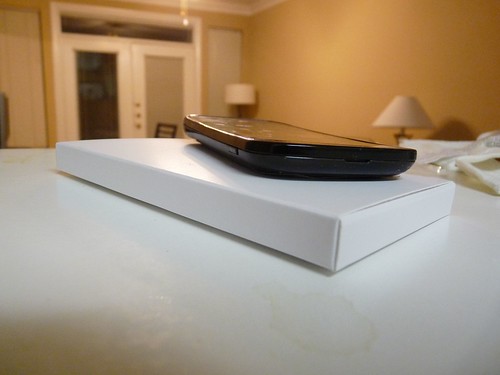 And the most recent addition: The Google Cr-48 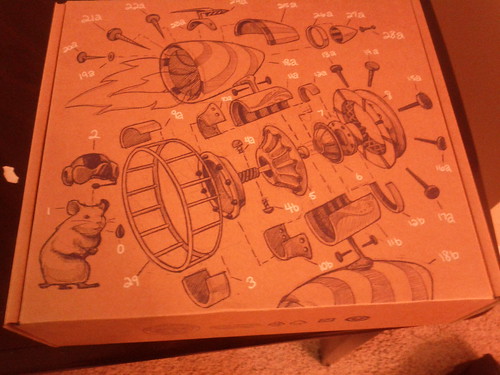 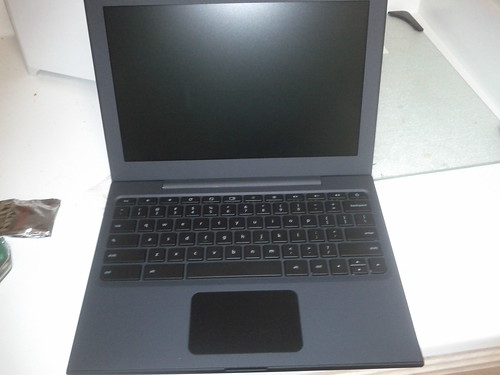 Also pending to be received is a Kingston SSD, but I’m not sure if it’ll arrive in time. I’m trying to get in touch with Kingston, let’s see what happens.

It’s Christmas time. I had some nice plans for Christmas – first back to Allen to say bye to my cousin before I head back to India. Then head down to San Antonio. Unfortunately I had to cancel all these plans since I was told day before yesterday that my tickets for India had been booked. I’ll be travelling back on Tuesday – the 28th. The flight will be going from ABIA (Austin) to JFK(NY) via American & then from there to Chennai via Jet. So this will be my last post from Austin. After spending about just over a year, to head back in this fashion with a scrapped project is disappointing, I’d stuck with my current company just to ensure that I see through the full phase of the project. But it did not happen. Such a shame, though on the bright side – the onsite experience has been a real eye opener and the things I’ve learned, is quite honestly something which no school/college, no matter where, will teach you. Real Life Experience trumps everything.

I’ll be taking a week or two off,(can’t wait to meet Shriya again) then will be back to Chennai. Let’s see what new projects come up.