… for a fortnight, that is.

Although, I was not  strictly Bangalored, barely a week after joining Logica I was asked to come over for Bangalore for 2 weeks for some training sessions. Now since this was a company sponsored training, my travel and accommodation was handled by them.

Reached Bangalore on Sunday, May 1st morning via the Jan Shatabdi Chennai-Mysore train at 10:45am. Ashwin was kind enough to come over to the railway station to pick me up. Headed over to At-home Guest House at Koramangala, which was to be my place of stay for the duration of the visit. With no agenda being set, Ashwin & Me were wondering what be the next thing to do. Ashwin & Me remembered Ashwin Murali ( “Cruise” to avoid any confusions”

) tweeting about TGIF having reopened in Royal Meenakshi Mall, and that’s where we decided to move next.

In true twaddict fashion, we sent a tweet about a tweetup at TGIF and we were joined by DKris & Fossil. Daaku was supposed to come but cancelled last minute due to some heavy rains. Santosh & HNP also cancelled since it was too far away from where they stay. We spent a good 3-4 hours there, discussing about anything and everything over pitchers of Beer & Mojitos, and some excellent food. Needless to say, it was one of the best meetups that I’ve had. Although we were supposed to meet Santosh & HNP at Guzzlers, we decided to cancel that because of the distance. 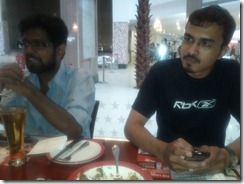 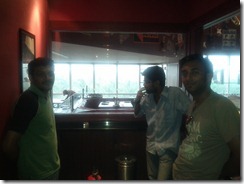 The rest of the week went about in traditional clockwork style – met up with my new team mates ( as of now, I’m the sole member of my Project in Chennai, rest are in Bangalore). I did get a chance to meet up with my engineering classmates Prasad, Sharath & Sadanand though – it was nice catching up with them. 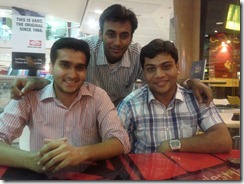 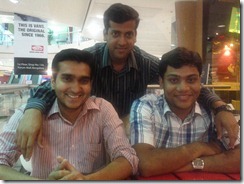 Also managed to pay a visit to see my nephew Neel – I’ve been meaning to visit the every time I paid a visit to Bangalore but something or the other always came up. 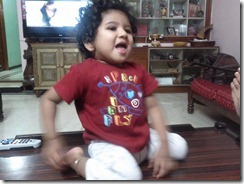 The upcoming weekend on Saturday was spent with another tweetup, this time at The Egg Factory with Ashwin, Arun(aka mixdev), Sameer Panchangam & Deepak. With Arun carrying his D500, Ashwin decided to apply his creative genius and take some nice pictures. 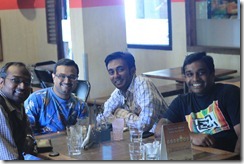 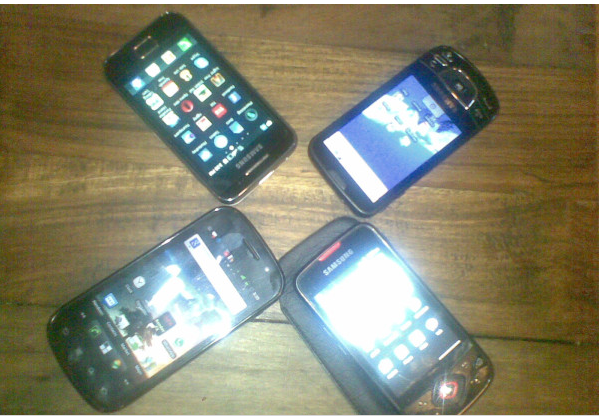 We just needed to do some time pass I guess. 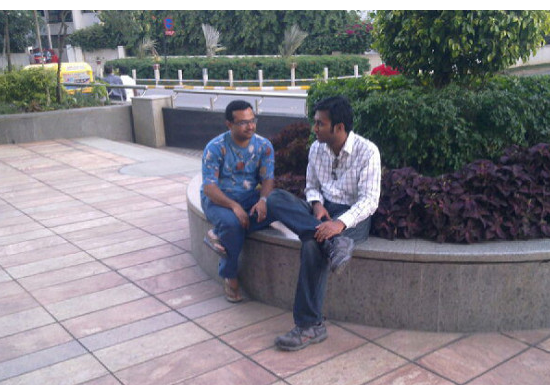 After roaming about aimlessly in UB City, we decided to drop by Naturals icecream before calling it a day.

Over the second week I was a little bit more swamped with work, and the days flew by really fast. Before heading back to Chennai, met up with Neeta & Sujith over at Forum. 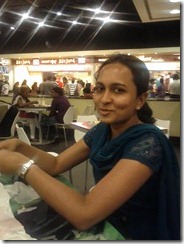 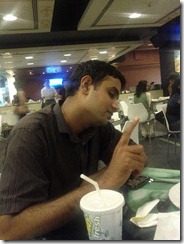 For my return trip, I wasn’t able to get a train ticket (full, as usual) so took a KSRTC AC sleeper bus. Ashwin had come to pick me up, and after settling the Guest House dues, we headed over to Bobby Ganesan1 only to find that the place was totally reserved ( even though 99% of the tables were empty). Ashwin suggested we head over to Olio’s and we proceeded there. The food was pretty OK ( quantity was rather sad though). 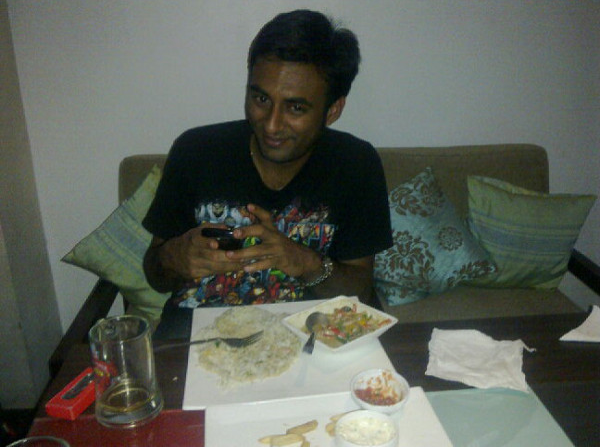 ) and since we had asked for a pitcher of Beer, some KingFisher folks were around, and they told us that we were eligible to tear open a voucher for a surprise gift – which ended up being a Cricket bat keychain. 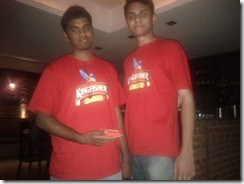 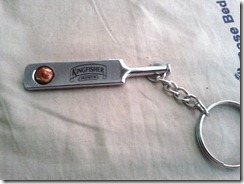 Anyhow, it was a nice 2 weeks in Bangalore – not sure when I’d back back there again. Before signing off, I wanted to make a note – Bangalore used to be a place where trees used to quite common – even within city ( heck it was known as the Garden city)

However, now, sights like these are very rare.
(sorry about black bands)