The case of the expanding, exploding iPhone 3GS battery

Way back in March, I got a bit tired of iOS and jumped the ship back to Android, purchased a LOLSUNG Galaxy S2 as my main phone. I won’t get into iOS v/s Android debate now, suffice to say I prefer Android to what it lets me do with the device. Anyhow, I didn’t want to give up on the 3GS - it’s a nice device and always a good idea to have a backup handset. As days passed by however, I more or less stopped using the 3GS.

Till couple of days ago - I wanted to try out of iOS 6 and some iOS apps to review. I had removed the abomination that is iTunes long ago and had no intention to install it again to do the iOS 5 -> 6 upgrade. Since Apple now offers an OTA upgrade, I went by that, taking well over 12 hours to complete the OTA download (the first OTA download failed after God knows when, second attempt was successful).

With iOS 6 on, I tried out some of the “improvements” that is iOS 6 maps.

I decided to carry out my iOS 6 experiments later on. That’s when the initial set of problems seemed to appear. In the evening, I noticed that the battery had completely drained out. That was quite surprising, since

I connected the 3GS to the USB cable connected to my laptop, and then observed that the device was stuck on the Apple logo screen.

iPhone 3GS is stuck here. Neither switching off, nor switching on. What's next? twitter.com/SathyaBhat/sta…

This morning, I got a whole bunch of responses on twitter, telling me what next to do, and following them I go the familiar “Connect to iTunes” logo. Since I didn’t have iTunes installed, I was pretty much SOL. As much as I didn’t want to install iTunes, I had no option and decided to download iTunes anyway. While iTunes download was under progress, I noticed that the battery had died out **again. ***Sigh*Proceeded to connect the iPhone to the USB cable and I waited for iTunes download to complete.

About 10 minutes later, the download was completed and I was about to start the install when I heard a loud bang very close to me. Moments later, I realize that the bang came from my iPhone - the battery had swelled to such an extent that the iPhone’s LCD had popped out of it’s casing. 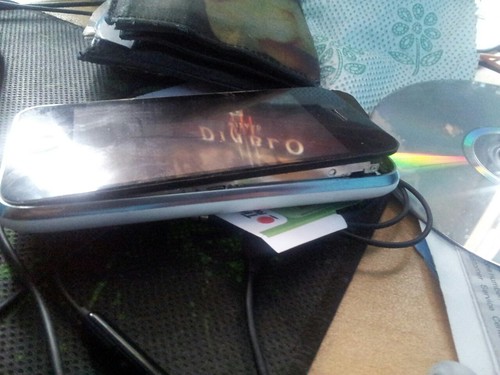 My immediate reaction was to disconnect the iPhone from the USB cable, to prevent further charging / damage to the battery. Having done so, the expansion and the accompanying bangs continued to happen 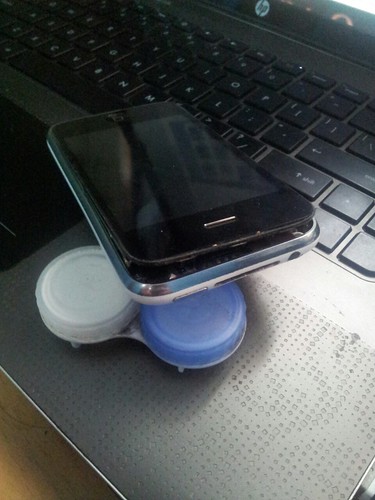 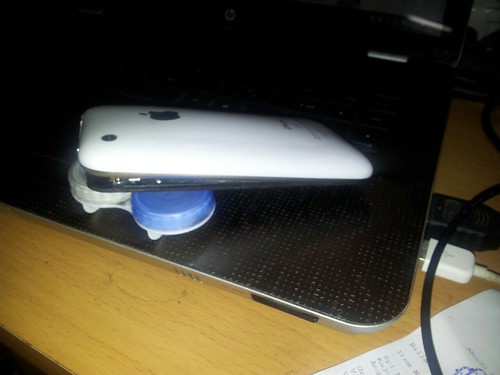 By now, an hour had passed by since the initial big bang(!) and I decided to go have some breakfast. I moved the iPhone away from my computer, to my hall and kept it in the corner and went for breakfast. Fast forward about half hour later, I see that the battery’s swelled to such an extent that the LCD’s at nearly a 30-35 degree angle to the iPhone base. And the mini bangs were still continuing. 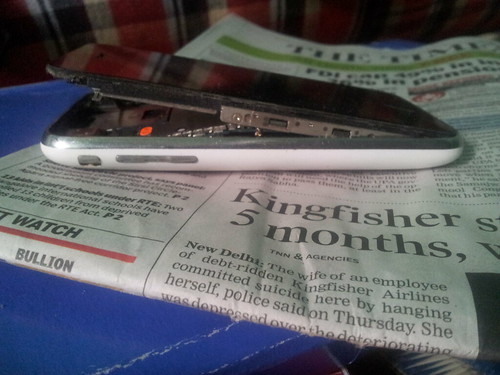 Couple of hours later, the situation had stabilized and this is how the phone ended up looking like 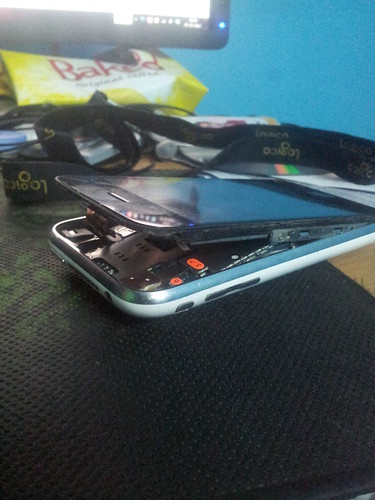 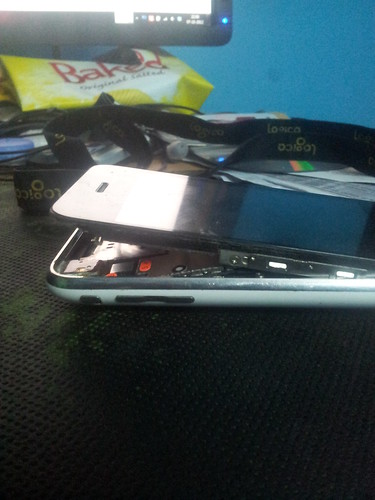 Taking a cursory look at the iPhone, I see that the metallic backplate holding the PCB is bent pretty badly. Not quite sure what to do with this - the phone’s about 2 years old and I doubt Apple India will acknowledge this.