remained the same. The processor I had i.e., the Core i5 3470) wasn’t exactly top-of-the-line back then, it had still enough horsepower, especially coupled with the GPU (nVidia Geforce 970, replaced later with the Geforce 1080) to crunch anything that I could throw at it, VR included (check my previous post for my impressions of the Oculus Rift).

Hellforge and the Bajaj Chetak Problem

Last year, my desktop developed a weird problem where if I cleanly turned off the system after a shutdown, the system would not POST upon subsequent startup. Resuming from sleep was not a problem, but if the system was shutdown (due to power outages/manually shut down via Windows), 9 times out of 10, the system would just not go beyond POST. Once a bluemoon, however, something would happen and it would start. Once running, everything would work just fine. Bizarre as it sounds, it did happen. I called this as the Bajaj Chetak problem. For those who didn’t get the reference, this is how you would start a Bajaj Chetak.

I was so annoyed by this problem that I bought a UPS so that the system never shuts down! I reached out to Abhay so see if he could figure out what’s happening - but alas, even he couldn’t figure out the problem.

This was the closest I had come to rebuilding the desktop. Considering the Bucharest move was in the horizon, I didn’t want any unnecessary expenses decided not to rebuild the desktop till the move was over. One weekend, Abhay, Jo and me took the motherboard and RAM to SP Road and we asked couple of shops for suggestions on where to fix Motherboard issues and they all pointed to that one shop - MSR Computers. This place is so obscure, you can’t even find it on Google Maps, but is located just above Ankit Infotech. Barely 5 minutes of the technician connecting a debug module, he told us there was problem in the memory controller(I think? I can’t recall) and asked us to return in 2 hours and it will be fixed - and for a grand total of Rs 2,000. Brilliant. And here I was preparing to spend about 30x of that amount.

With my Romania move finalized, I decided not to take my entire desktop and sell it off in India, with the exception of the GPU and few other peripherals. Once I was all settled in Bucharest, moved into my new house, I started looking at what to buy. With Abhay’s help, I finalized these specs:

I bought from a variety of sources, depending where I got the best price - Processor & Motherboard from PC Garage, Cabinet from evoMAG, RAM, PSU from eMag and the monitors from Altex. The rest of the components I carried over from my old PC:

Since I didn’t have a lot of space on the desk, plus the fact that the Acer Nitro monitor has a really, really, really bad stand, I decided to get a SBOX LCD 352-2 monitor arm from PC Garage. 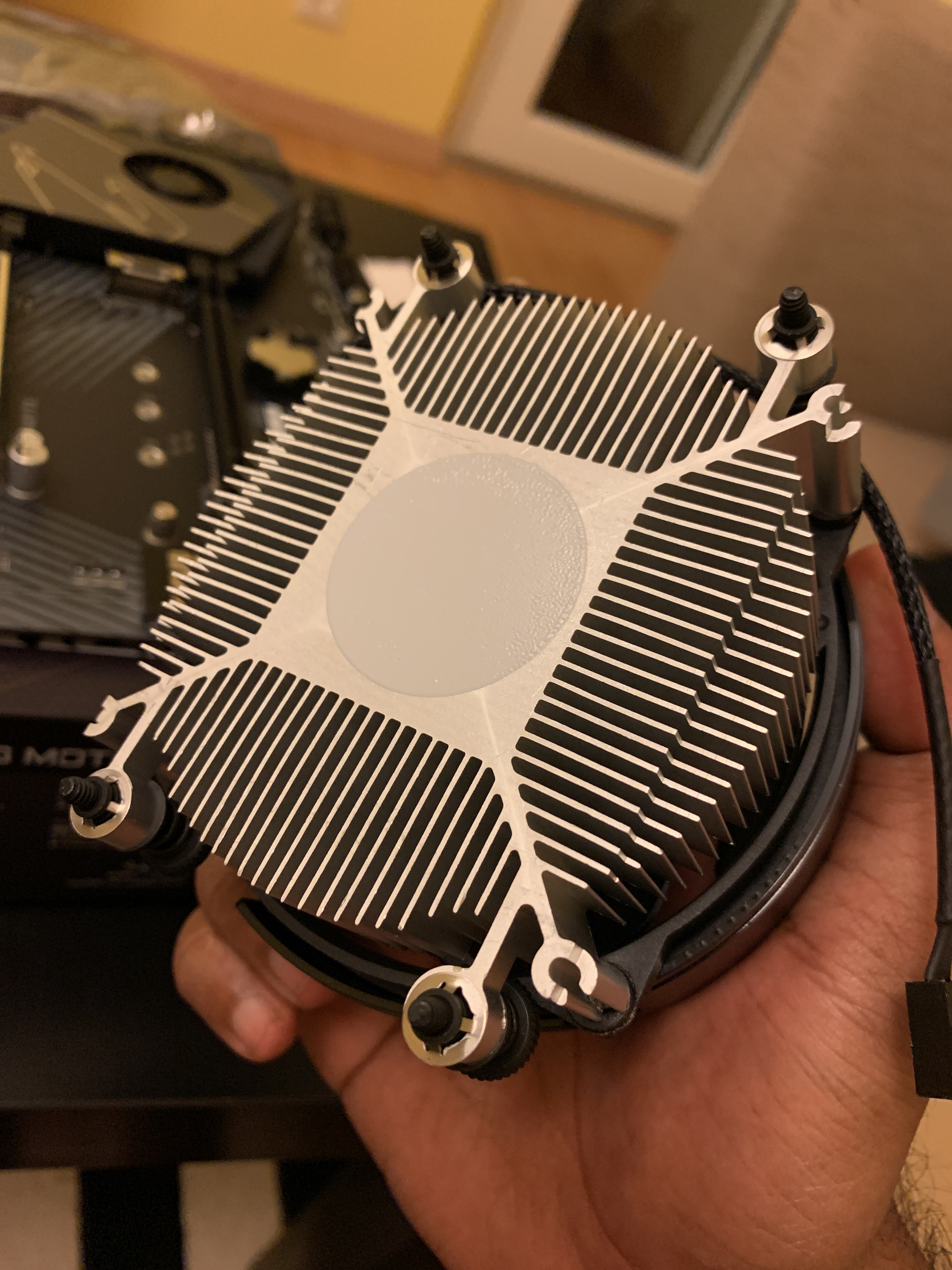 Processor. TIM is rather thin... 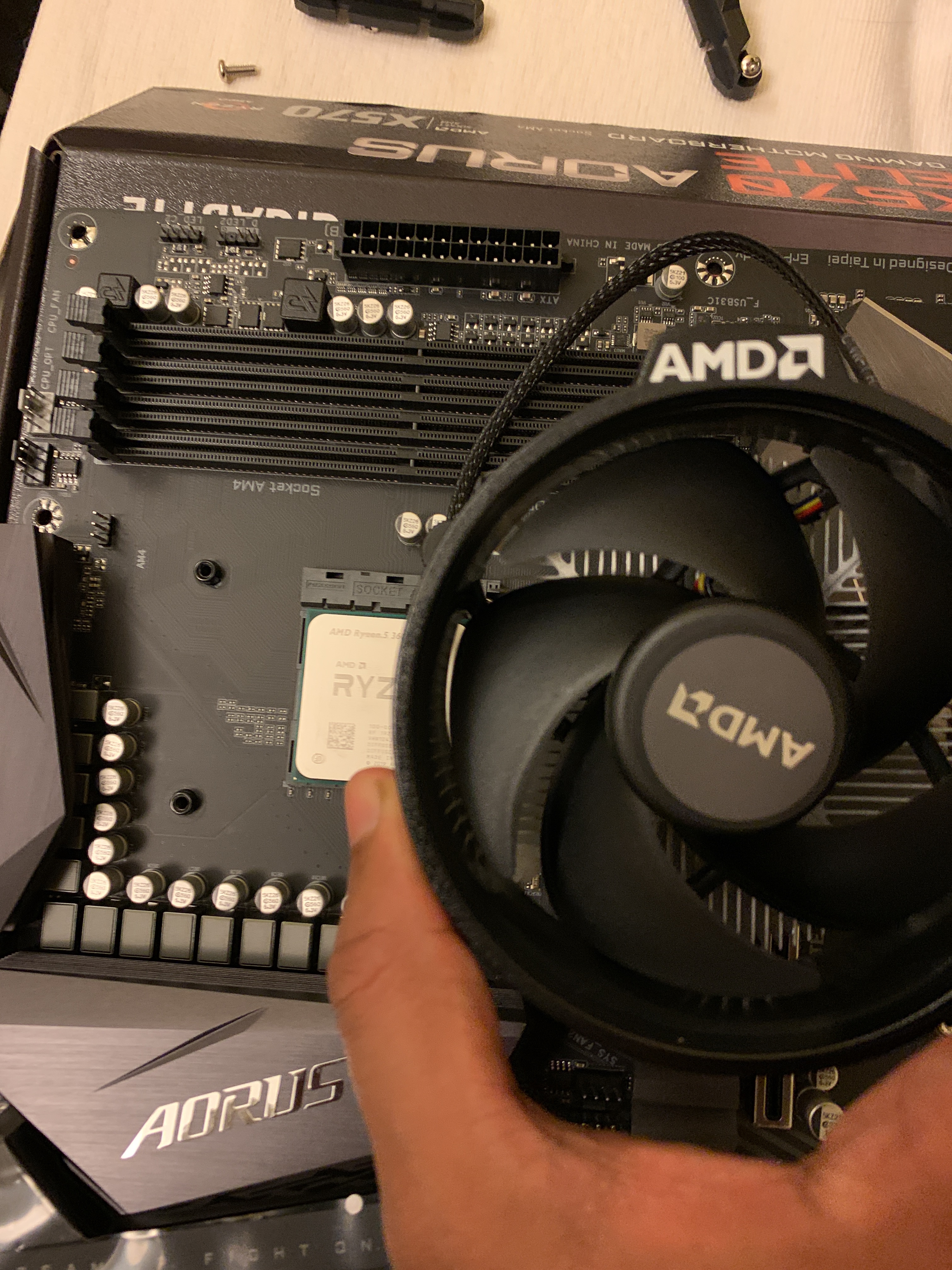 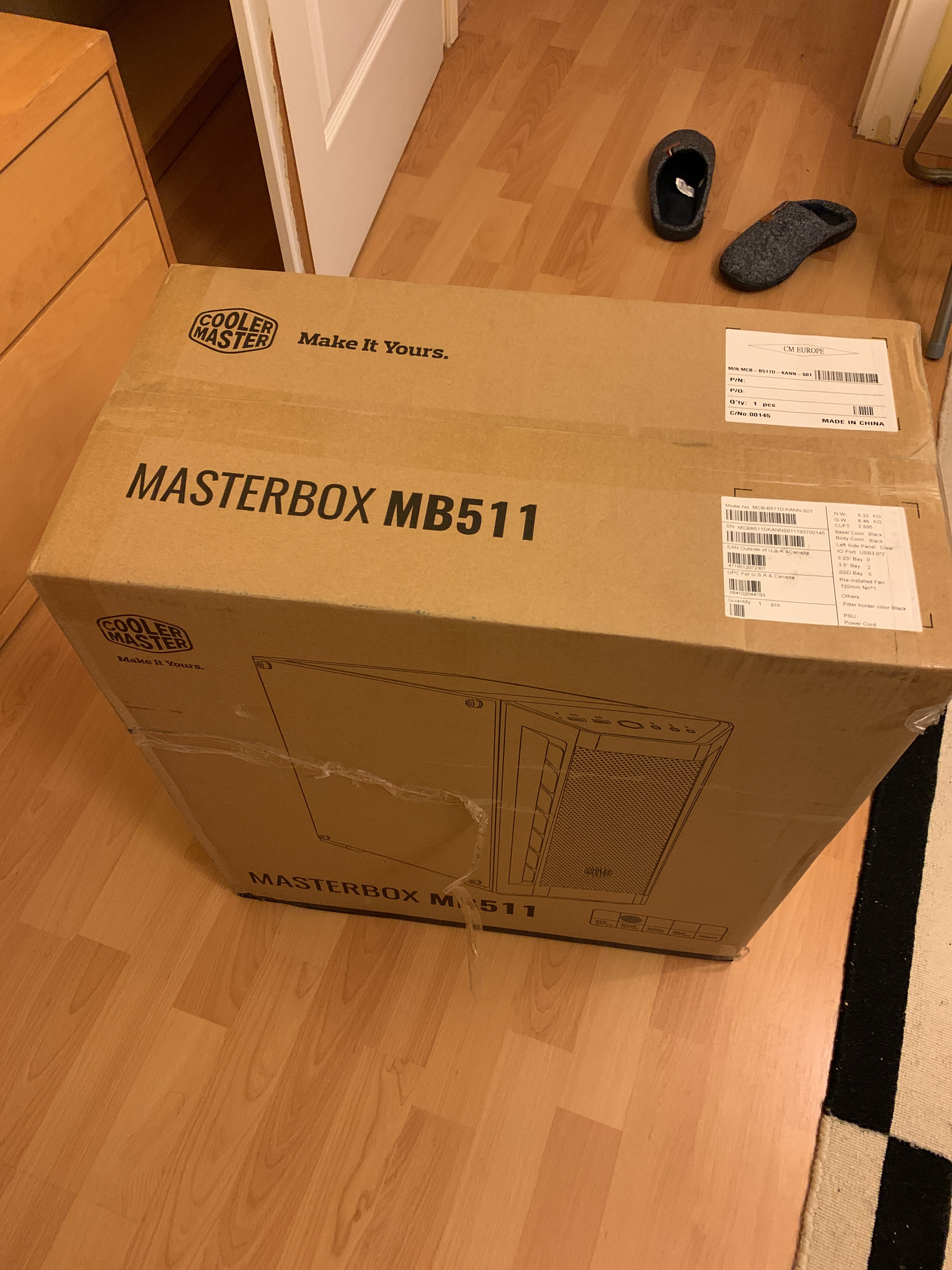 The box in which the Acer monitor came in 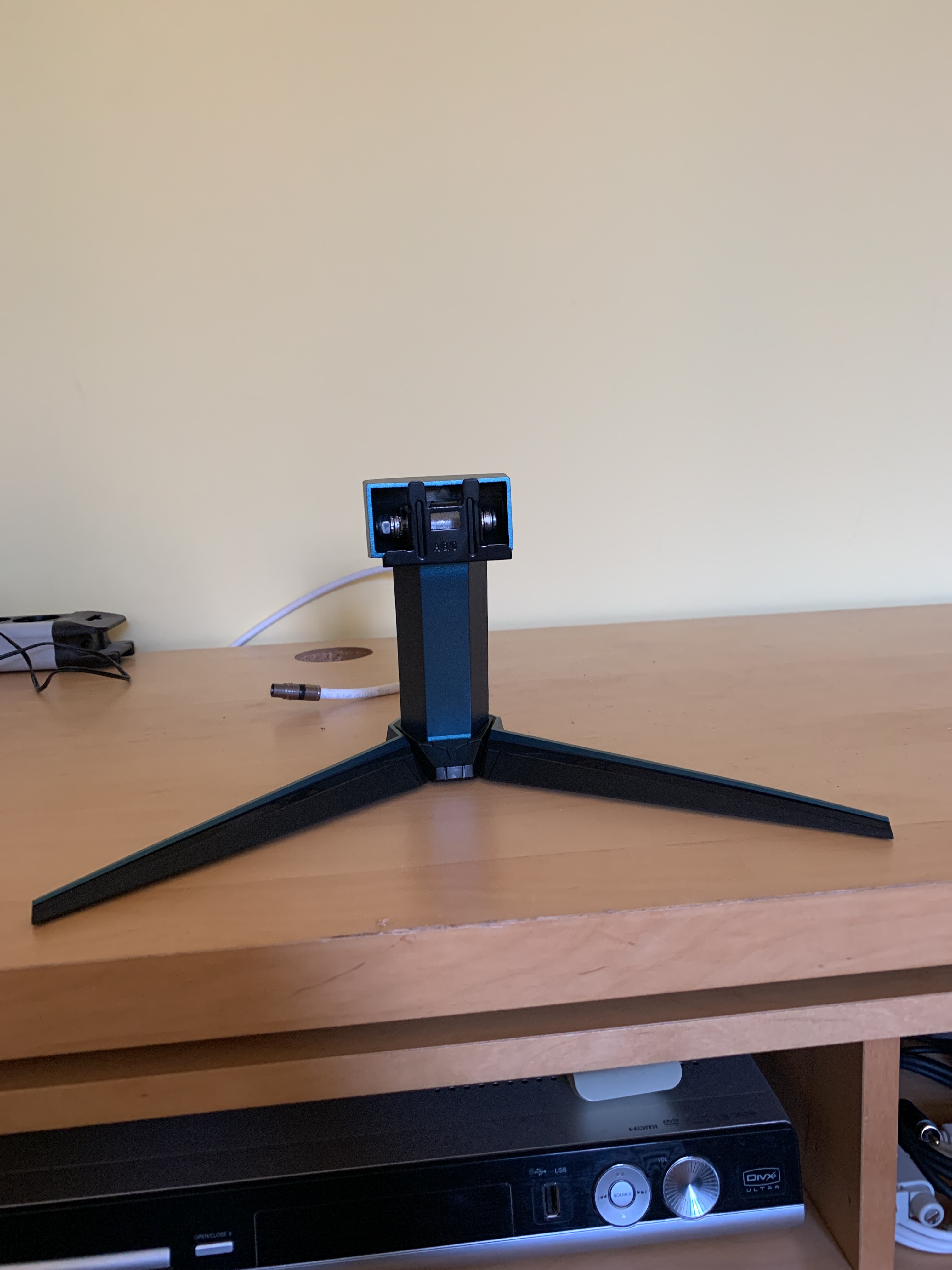 The monitor stand is simply useless. 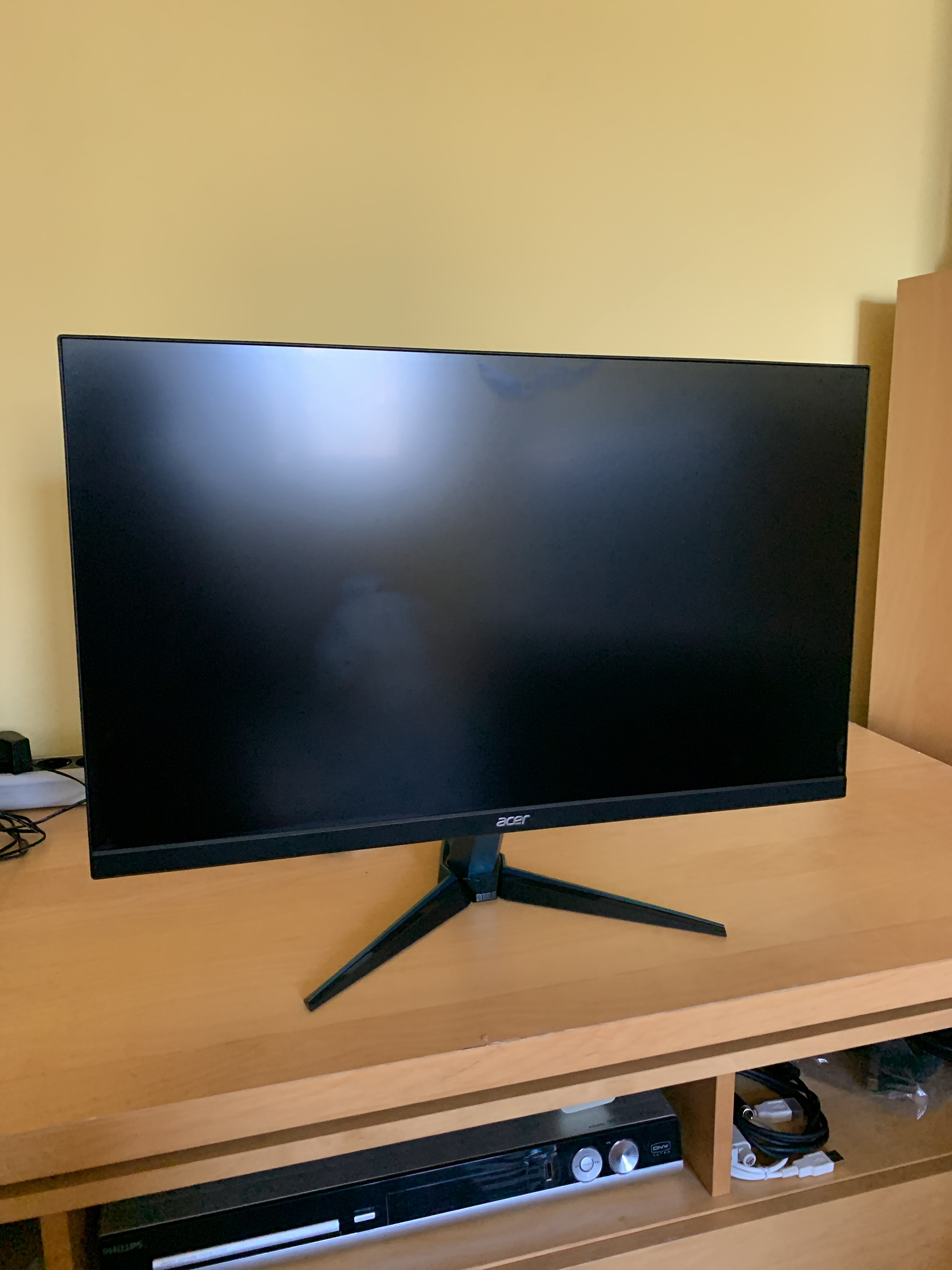 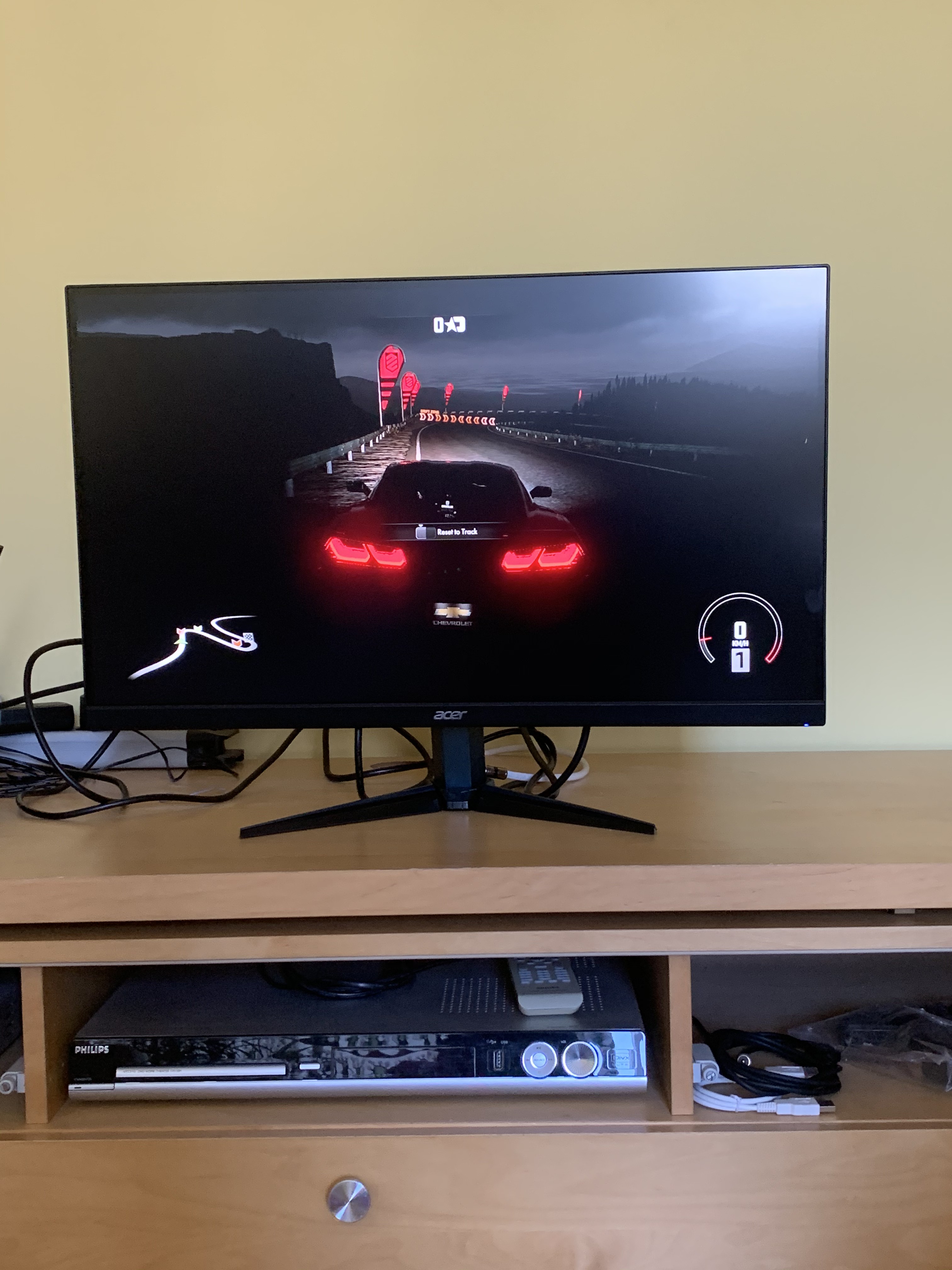 Playing Driveclub on the PS4 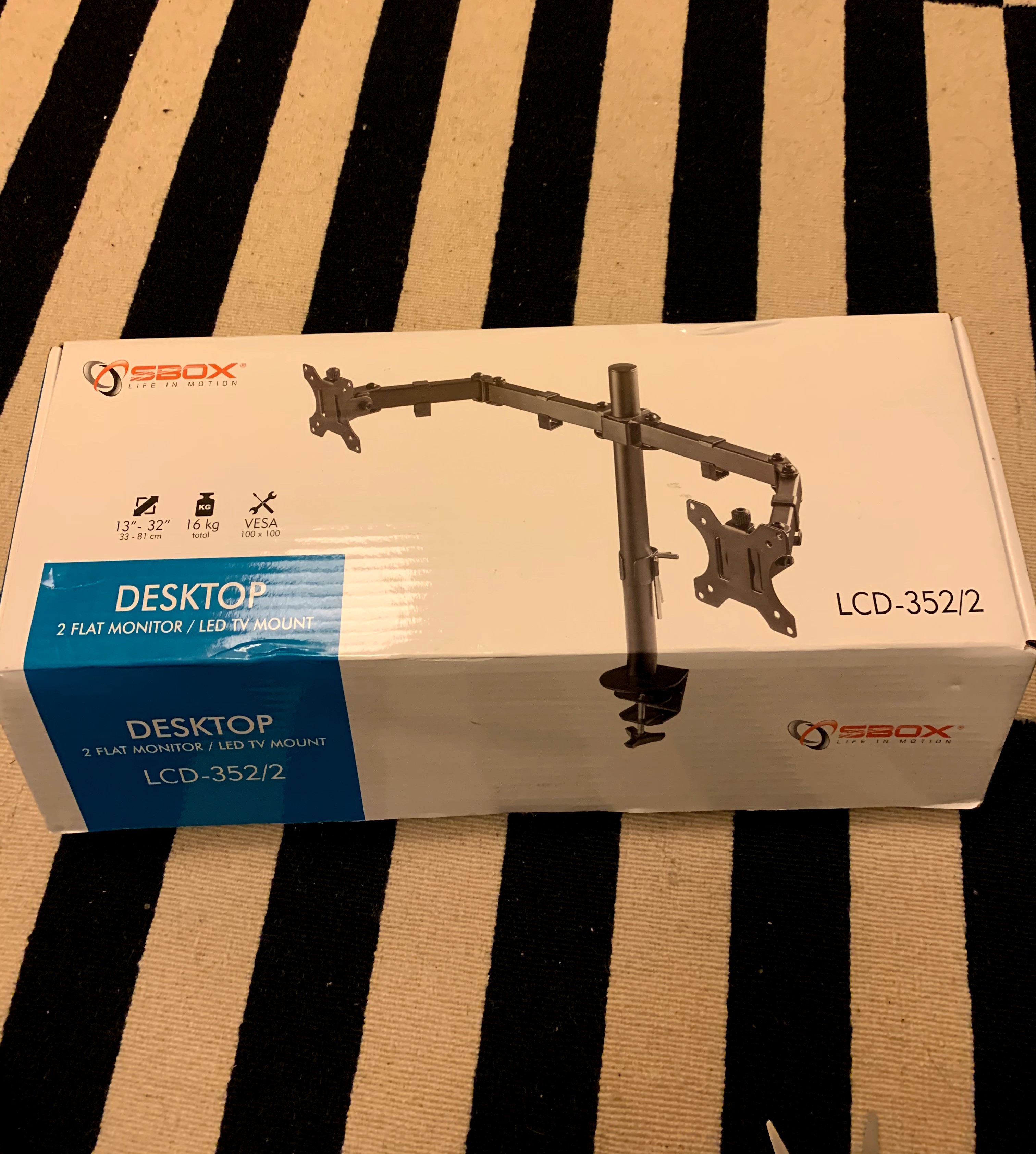 I bought the Linnmon/Adils from Ikea to replace the existing table. The first Linnmon countertop Ikea sent got damaged in transit. 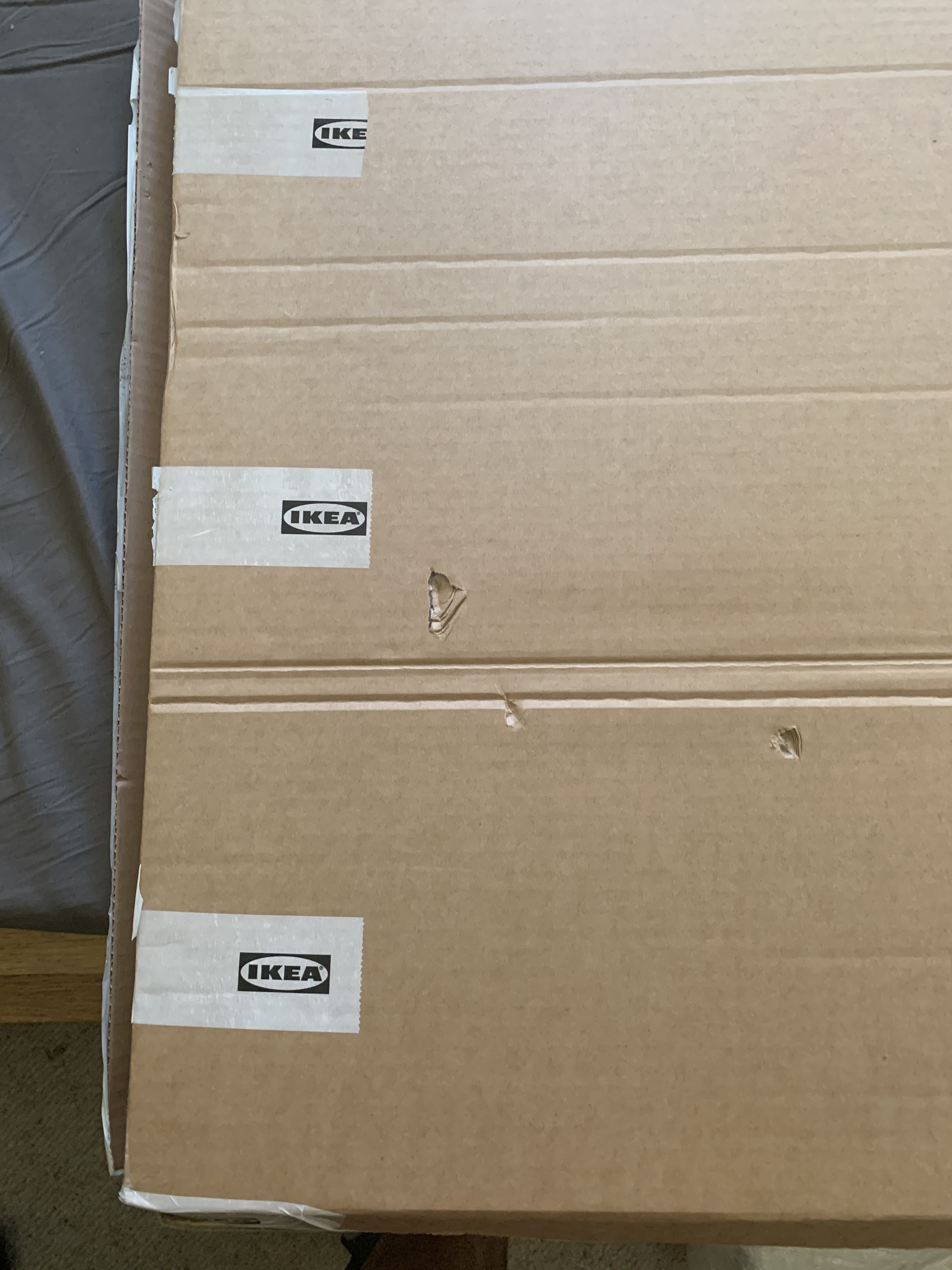 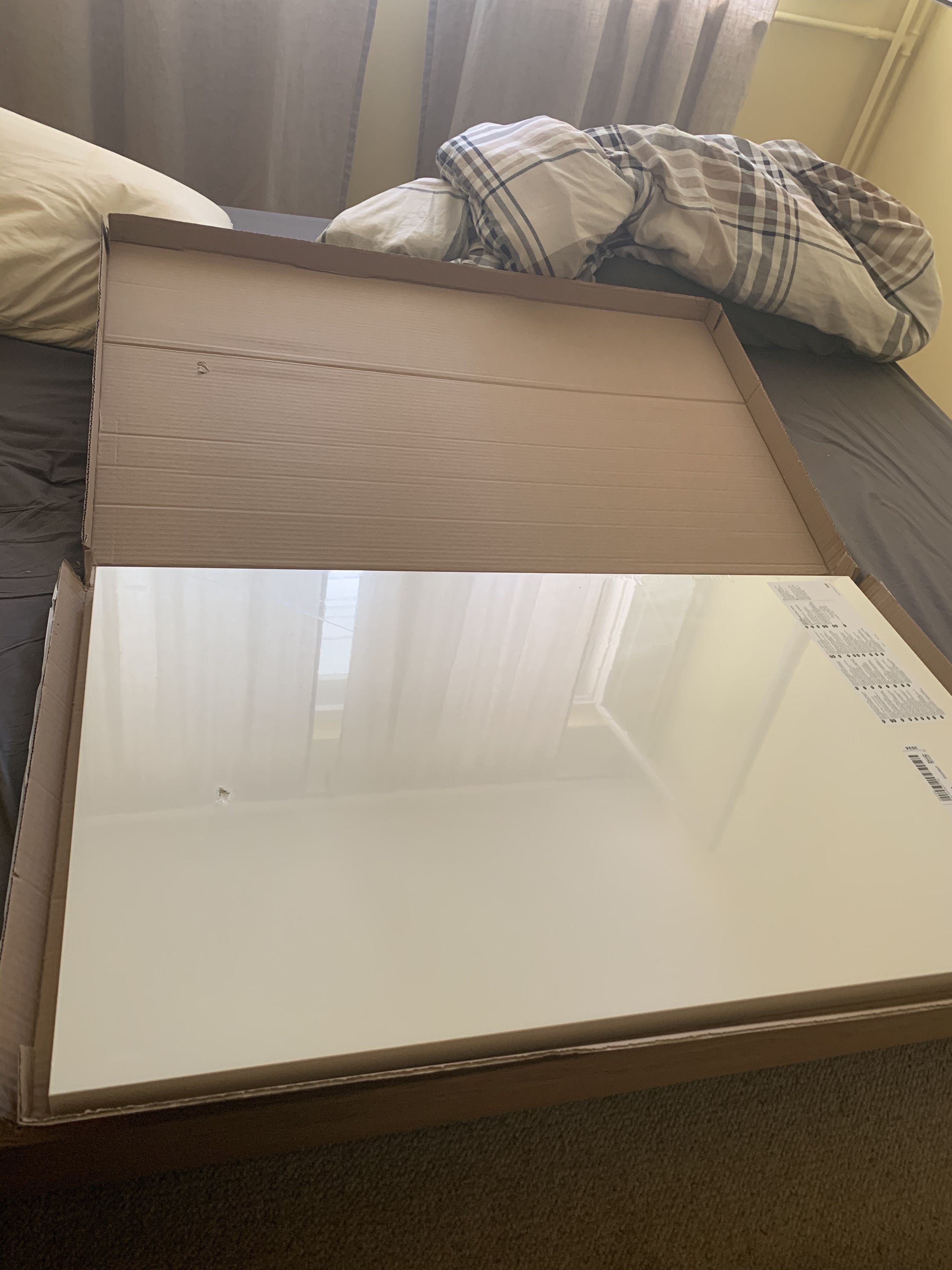 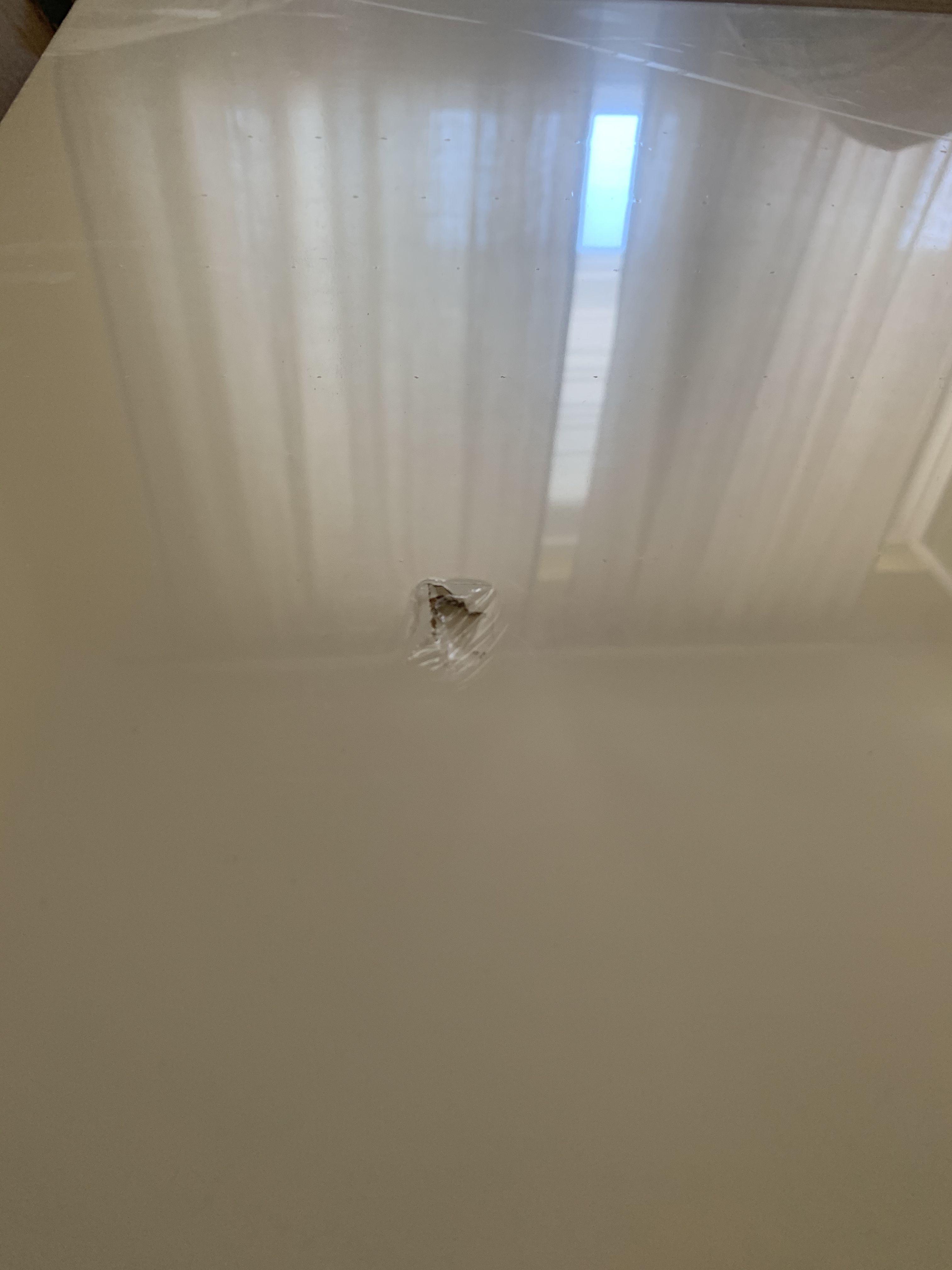 Thankfully Ikea replaced the Linnmon countertop, no questions asked after I filled up a small form with pictures above. Assembling the Linnmon/Adils was quite easy - line up the receptacles at the points, screw them up and then screw in the legs 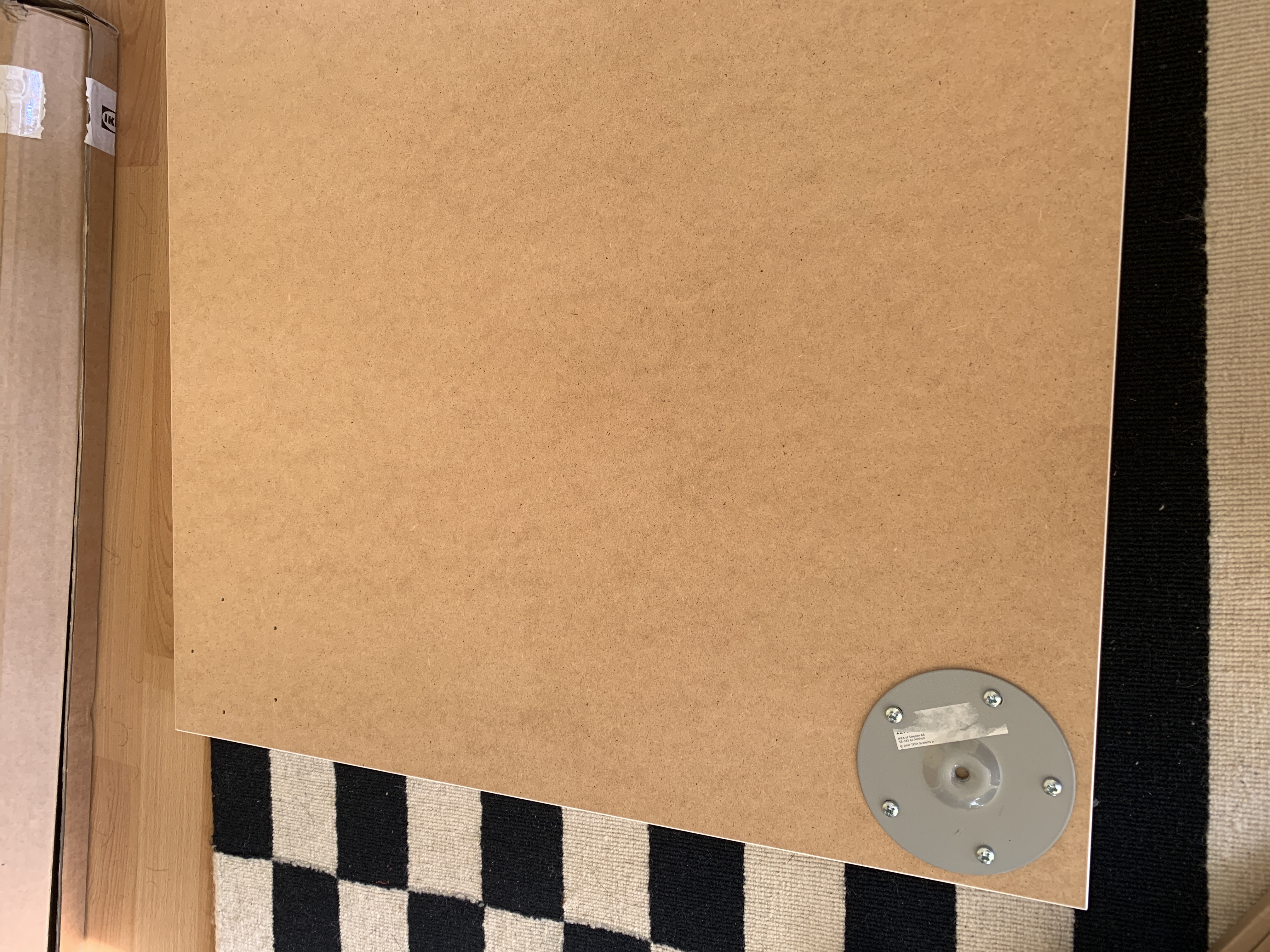 Fitting in the first receptacle for Adils leg

Receptacle for Adils legs screwed in 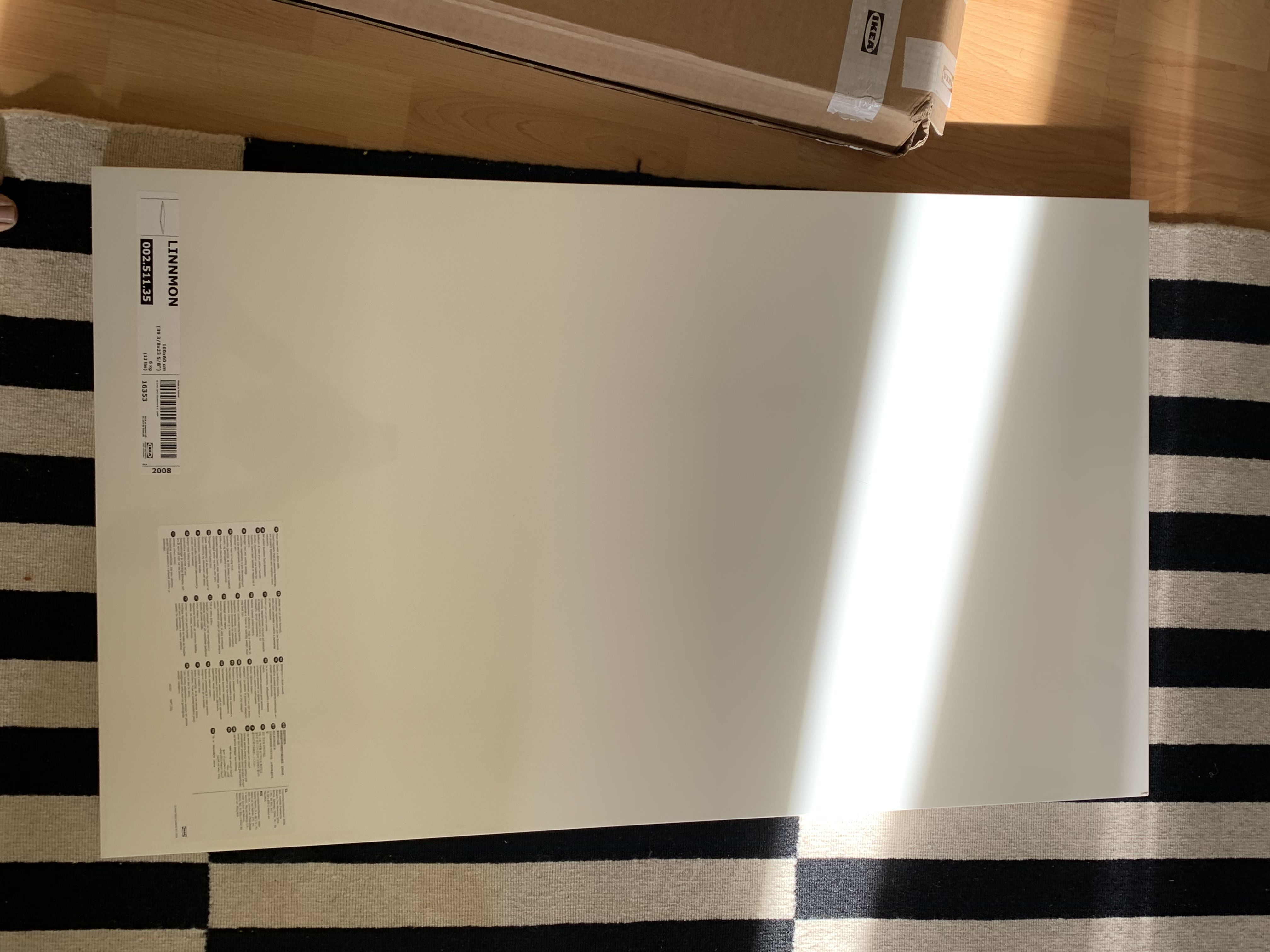 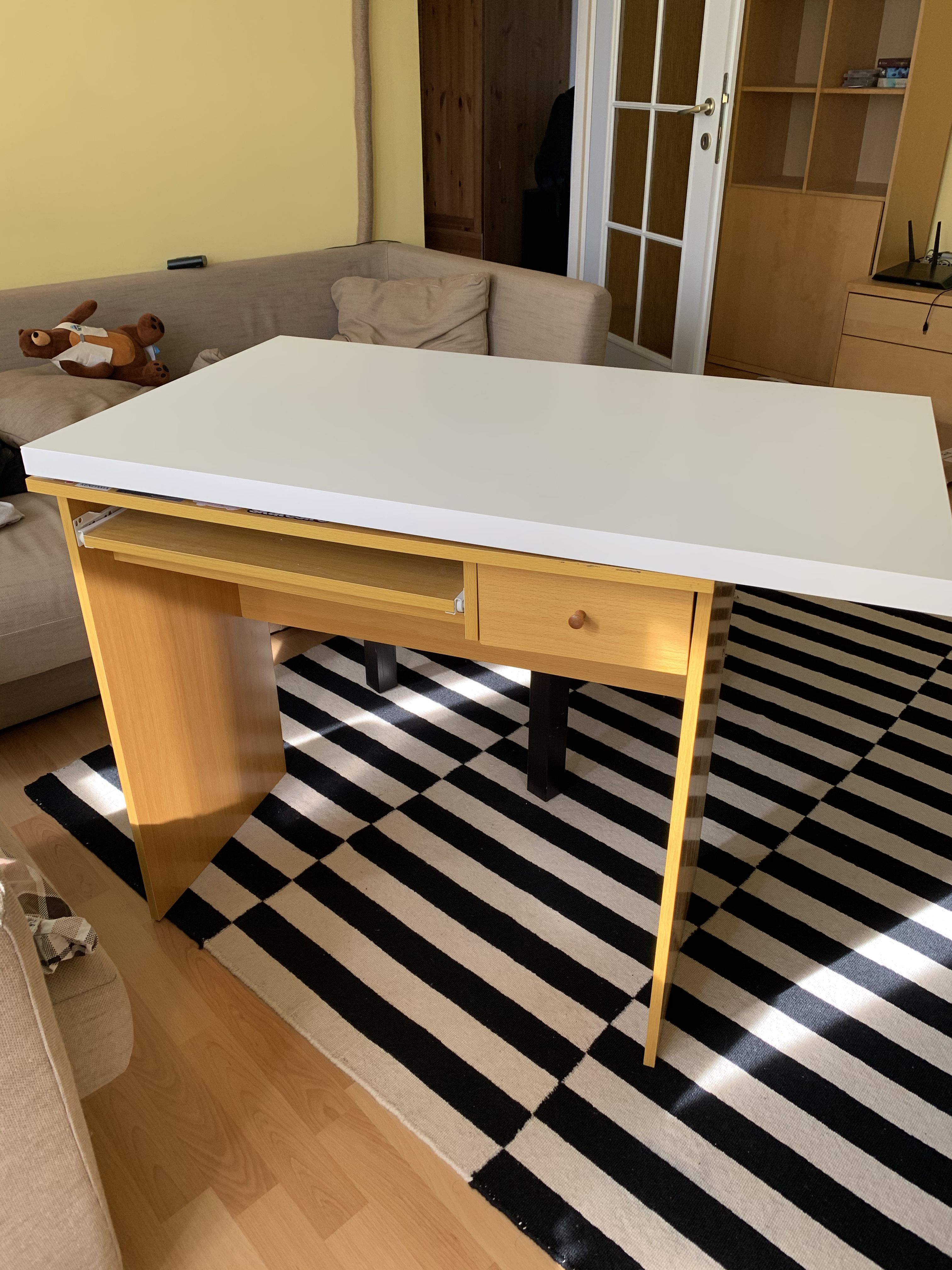 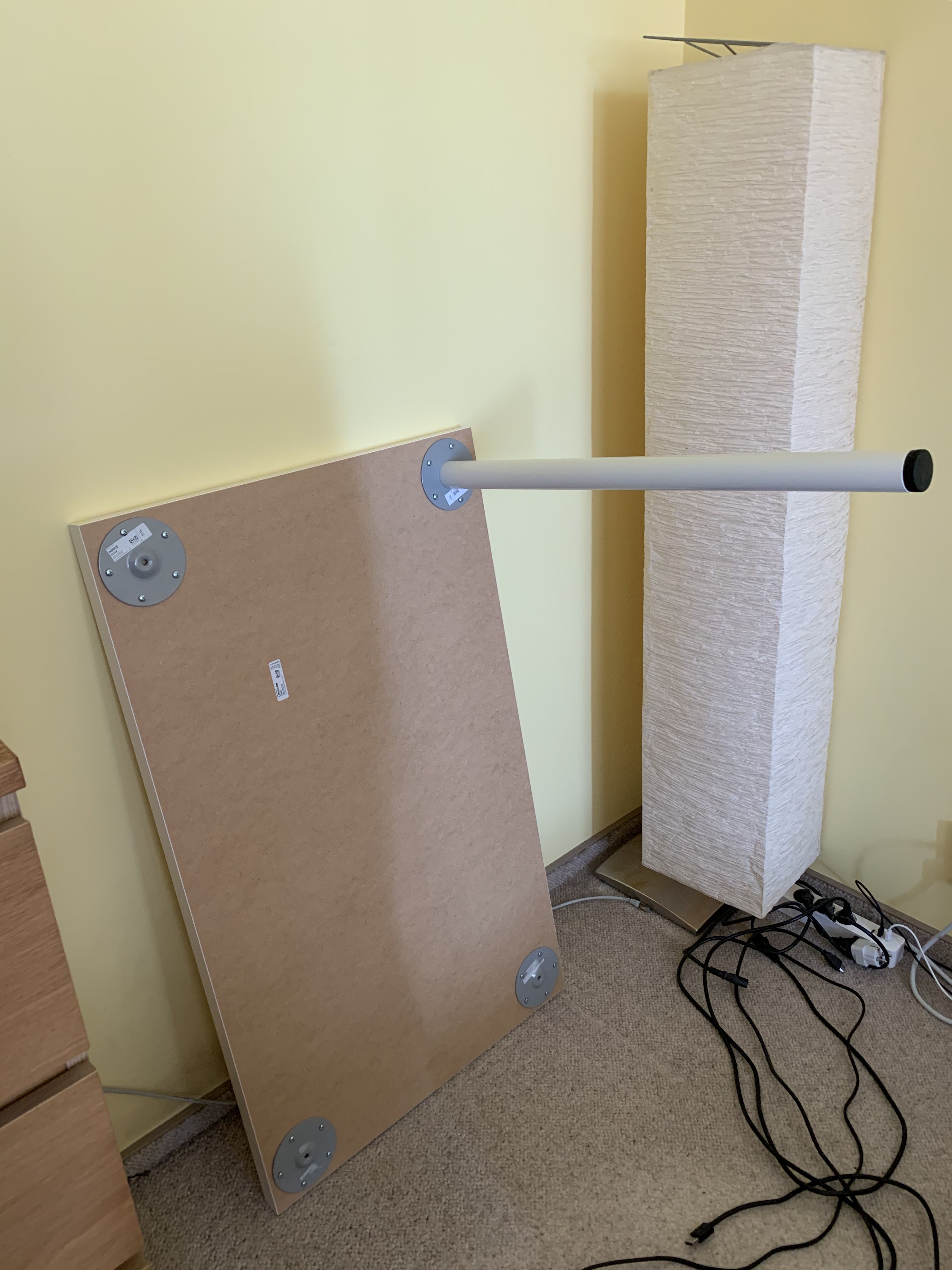 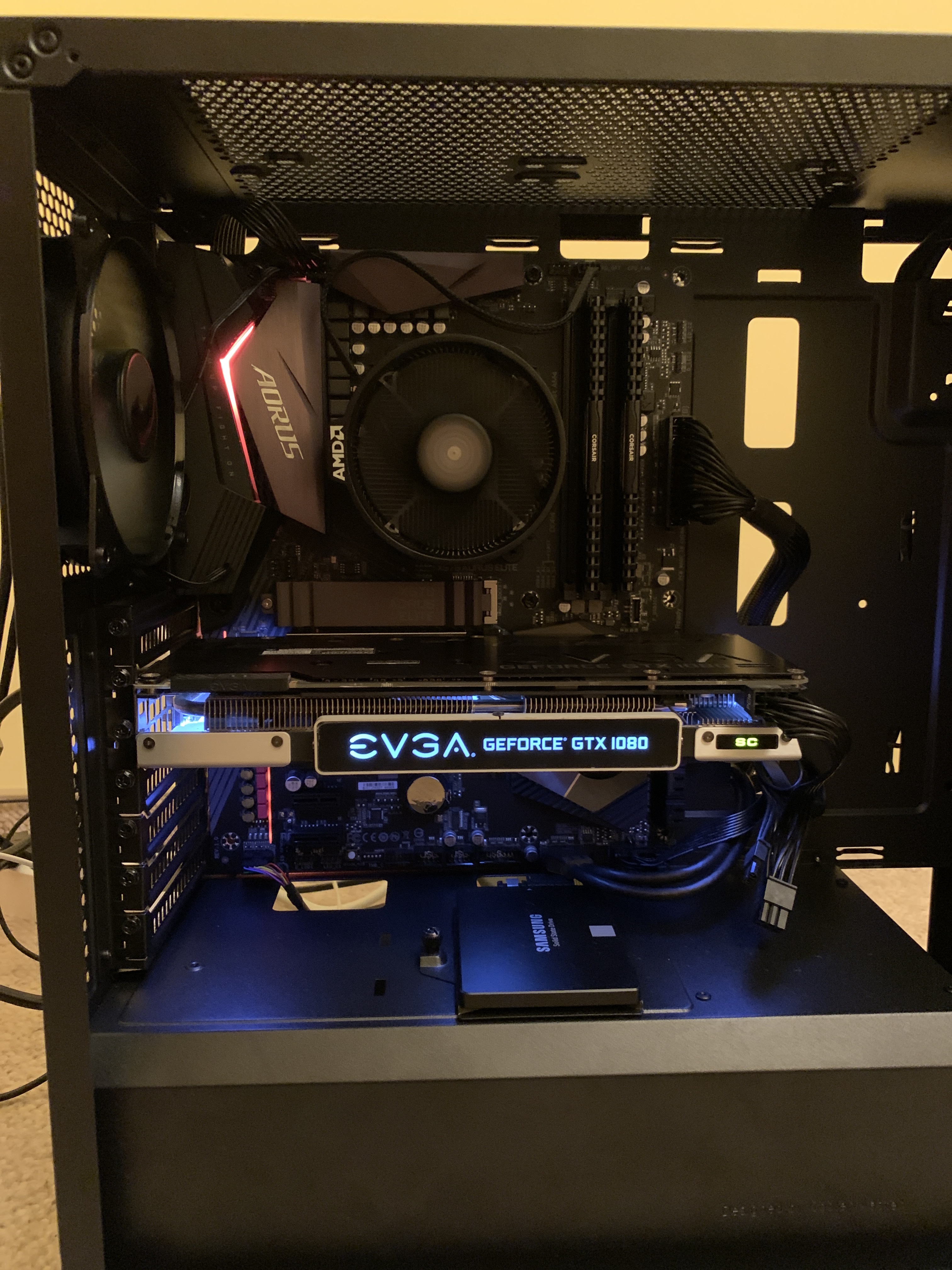 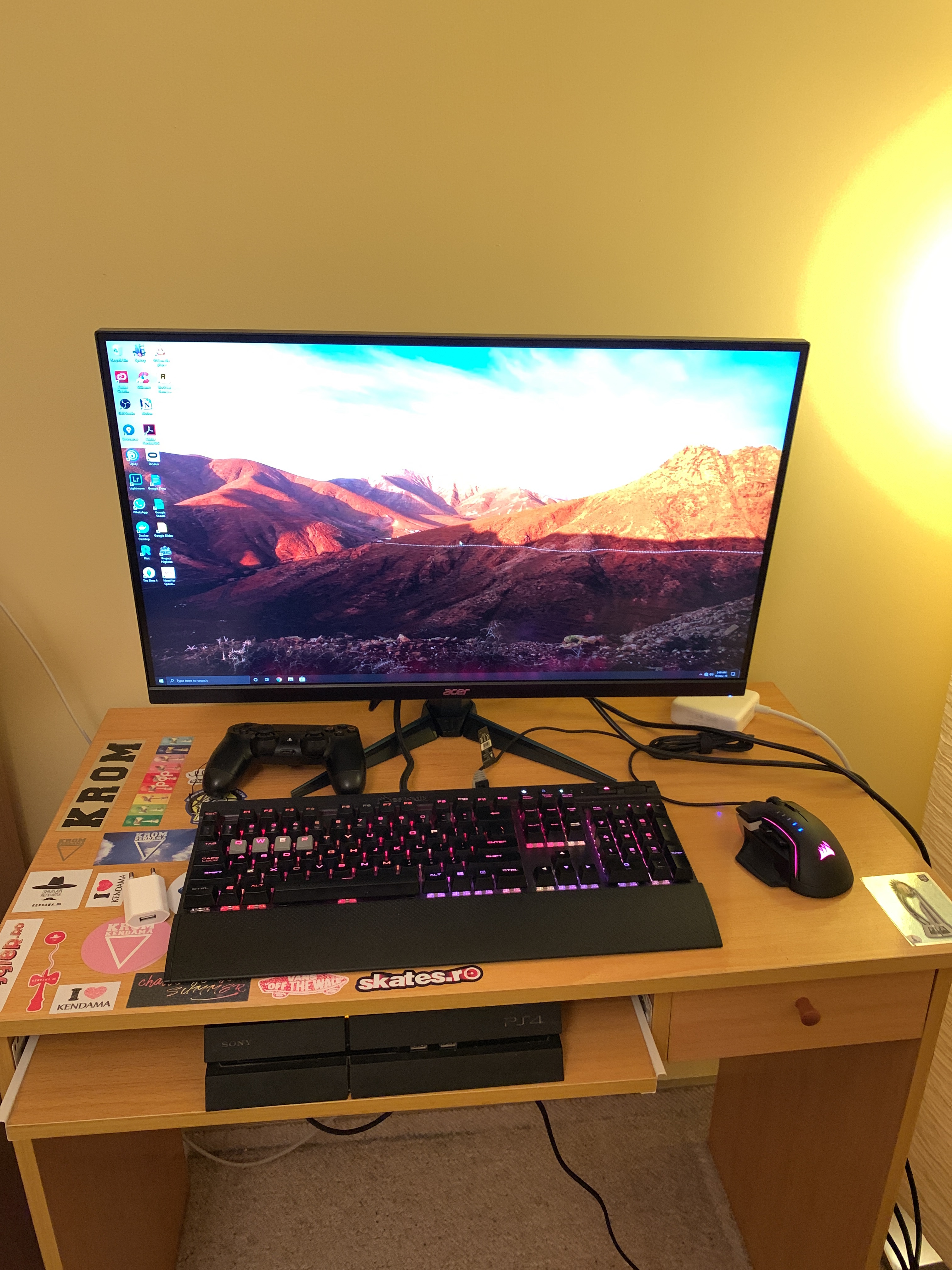 Initial setup without the monitor arm

AMD processors are stereotyped for running extremely hot and I can see why - at idle my processor is running at a toasty 76 degrees Celcius. I asked for few friends around, and turns out I am the only one facing this. Since building the desktop, I’ve had some extended sessions of heavy CPU usage - be in terms of running virtual machines or 4+ hour sessions of Civilization 6 and I haven’t run into any stability issues. But knowing that the temperatures are still so high is definitely something to worry about. I will be changing the stock cooler into something else, maybe a Noctua with a custom TIM, probably later in the year when summer is here.

Since I installed my existing SSD, I didn’t do a fresh install of Windows and Windows just picked up where I had left off. From a functionality point of view, I didn’t run into any issues, no BSODs or crashes even though it was a completely new system platform. That’s pretty impressive. From a licensing perspective, and this was expected, Windows got deactivated due to the change in motherboard, processor and GPU. Usually, the inbuilt troubleshooter is good enough to detect and remediate this, but in my case it kept erroring out.

@MicrosoftHelps I'm not able to re-activate my Windows copy after a change in Motherboard & Processor. The activation troubleshooter shows this message which conveys zero information pic.twitter.com/UK5jIhJQVT

After raising a ticket with Microsoft, they arranged for a callback, verified my new system purchase and re-activated Windows with a new product key.

Besides the standard Windows install, I have these software installed

That’s about it. Feel free to drop a comment or a question if you’d like to know more!