New desktop for the house

Total come down to ~ ₹25,700 which is significantly lesser than the i3 build, but benchmarks showed that the AMD processor was about half as slow the i3 one.

I ran it by Alpha for a second opinion, he suggested to go for the Skylake i3 build and that offline prices should bring it down by a thousand or so - a sentiment shared by Hiemanshu. Armed with this knowledge, I went over to Ankit Infotech on SP Road and told him my mandatory requirements - and what the guys there suggested was pretty close to what I had planned for. These were the final acquired components:

All in all, including 5.5% tax it came to ~ ₹28,100 - that’s pretty neat savings as compared to the online prices. Carrying these back however would be a pain - especially with the plastic ban in Karnataka and SP Road being… not very broad. I asked them if they would home deliver the components(intention being I wanted to assemble them myself and I didn’t get my car - lord knows where you can park there), those folks suggested they’d assemble the system themselves and we can just carry the cabinet and monitor and head off. Decided that would be a better idea and did that.

The system was surprisingly light - no thanks to the cabinet which is basically a paperthin tin can and with inbuilt SMPS, no GPU - takes off quite a lot of the bulk. In fact the monitor was much heavier as compared to the cabinet. 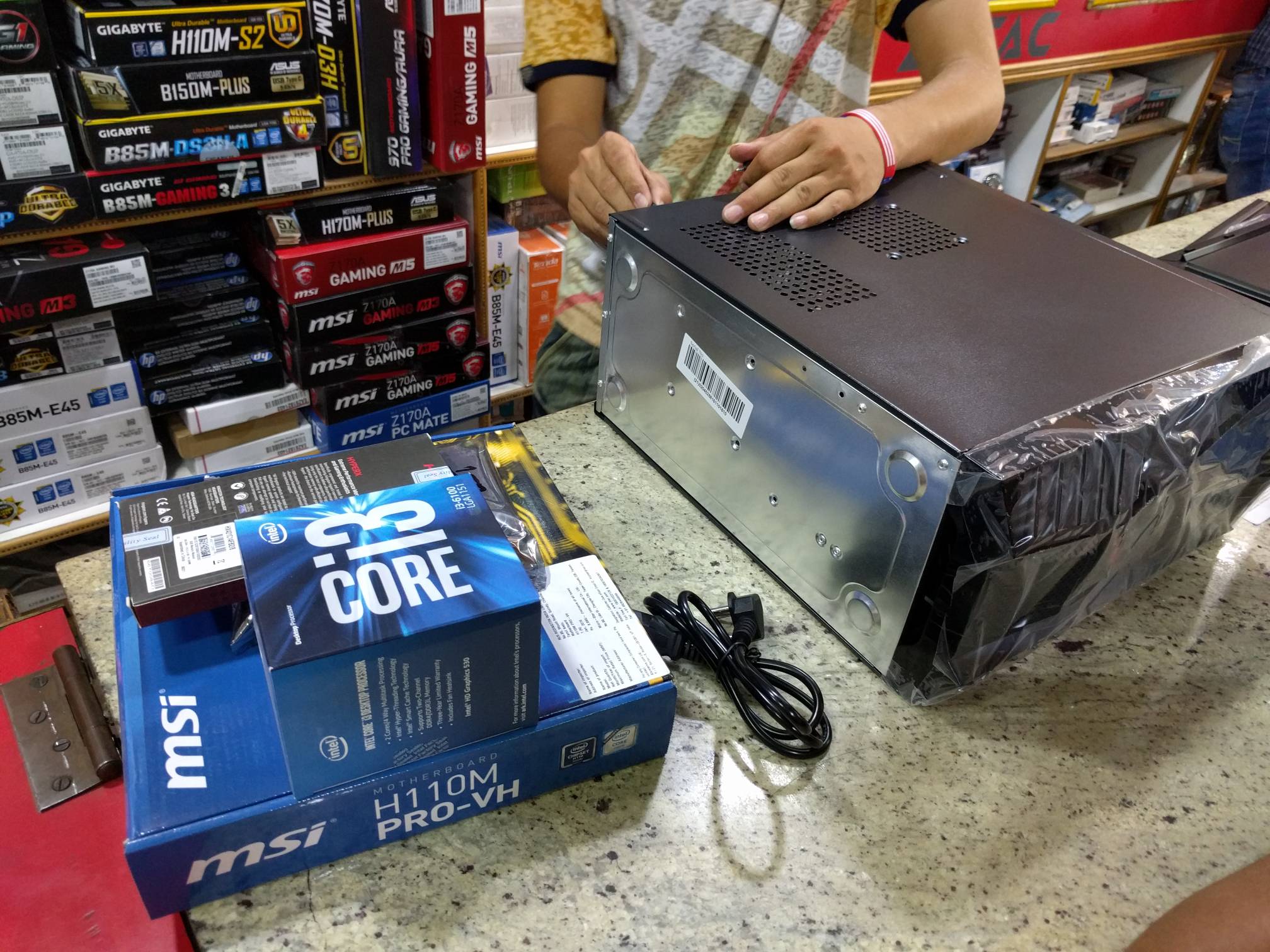