It’d been a while since Jo and I had gone for a day trip on the outskirts of Bangalore. Jo on a whim suggested going for a long drive. And since I had nothing else planned, we took the car out. Originally we planned to head out to Kanakapura and come back, but that plan changed soon.

We started out fairly late, at about 09:15 in the morning and stopped for breakfast at MTR on Kanakapura Road, near Art of Living Ashram. Jo had a long face when she thought that was the end of the long drive but I told her that we were just getting started.

We’ve been stopping by MTR (to be honest, it’s more of a food court with MTR plus couple of other outlets) outlet since quite some time. The place is usually crowded to that it’s hard to find a spot to sit, but this time it was fairly empty. I’m not sure if it was empty because we were late or because the prices at the outlet have become ridiculously expensive – just 2 coffees cost us Rs 68 and with with 2 idly-vada cost us an additional Rs 208. Made a mental note to probably skip this outlet for the next trip

With breakfast done, we drove further towards Kanakapura. Near Kanakapura, we realised that Mekedatu Sangama isn’t really that much further off (only about 40km more) and decided to drive further rather than turn back – we’d been meaning to visit Mekedatu but somehow never happened. Today, we would make it happen. 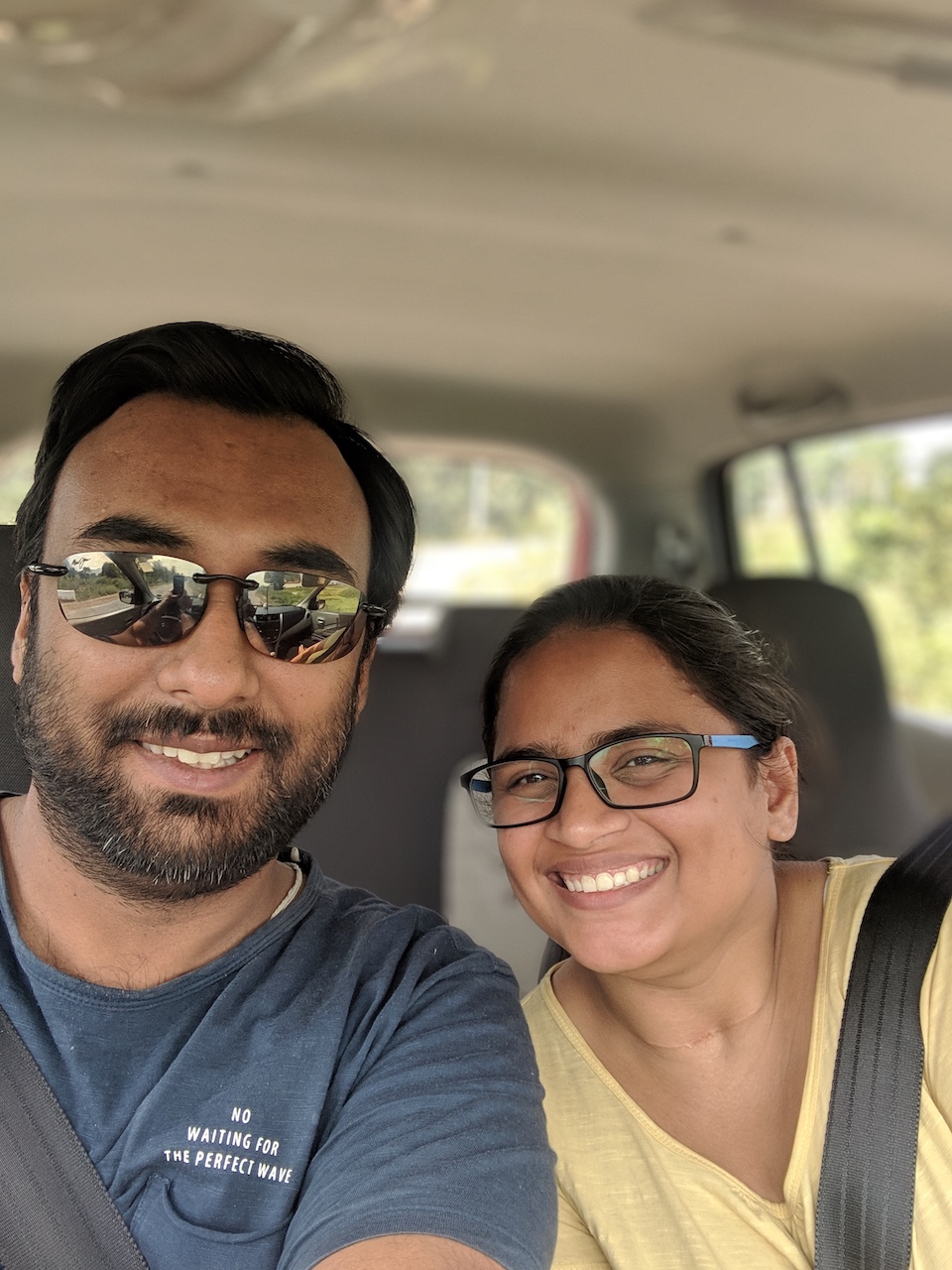 The road to Mekedatu was pretty nice with plenty of greenery around. 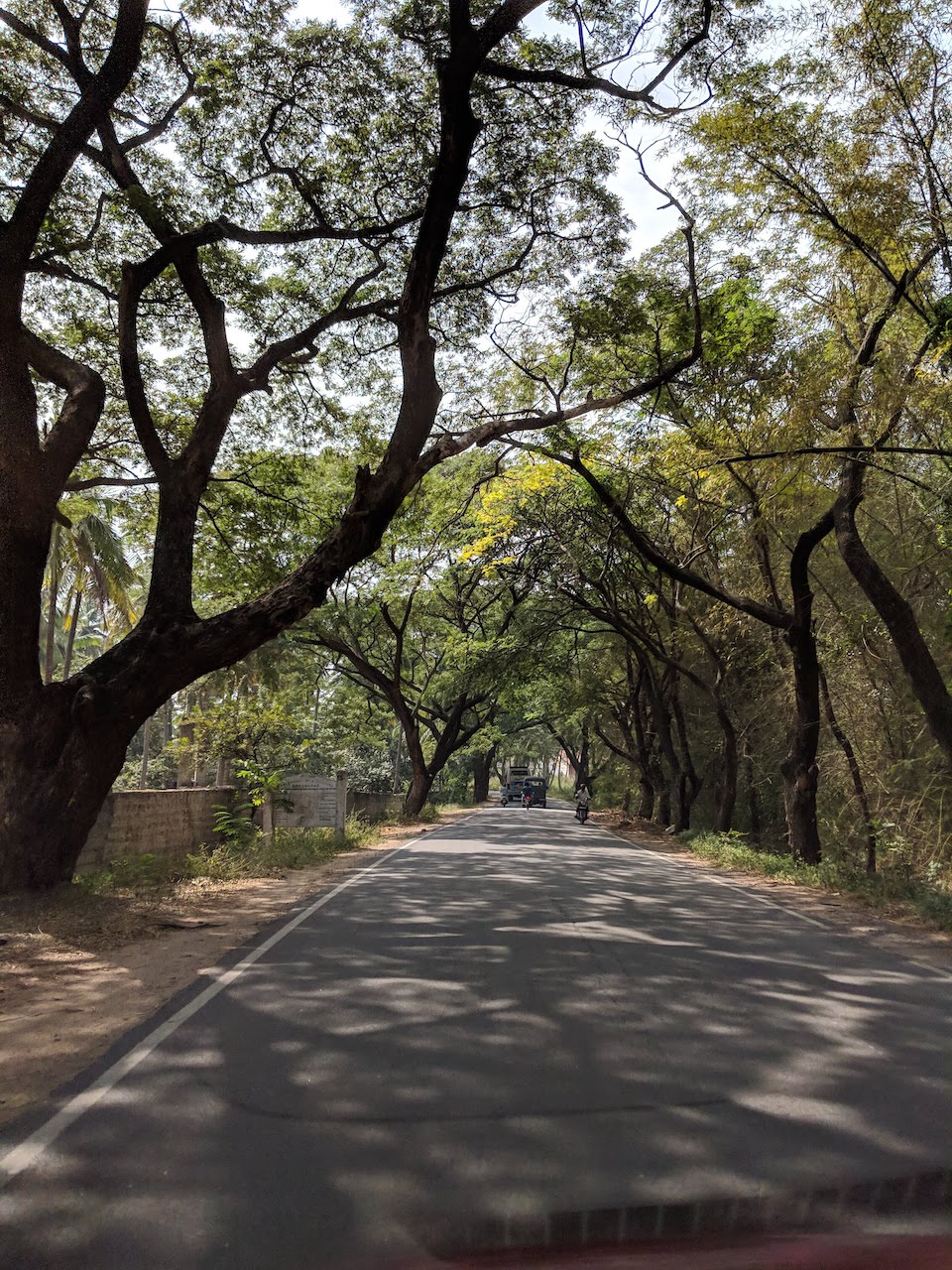 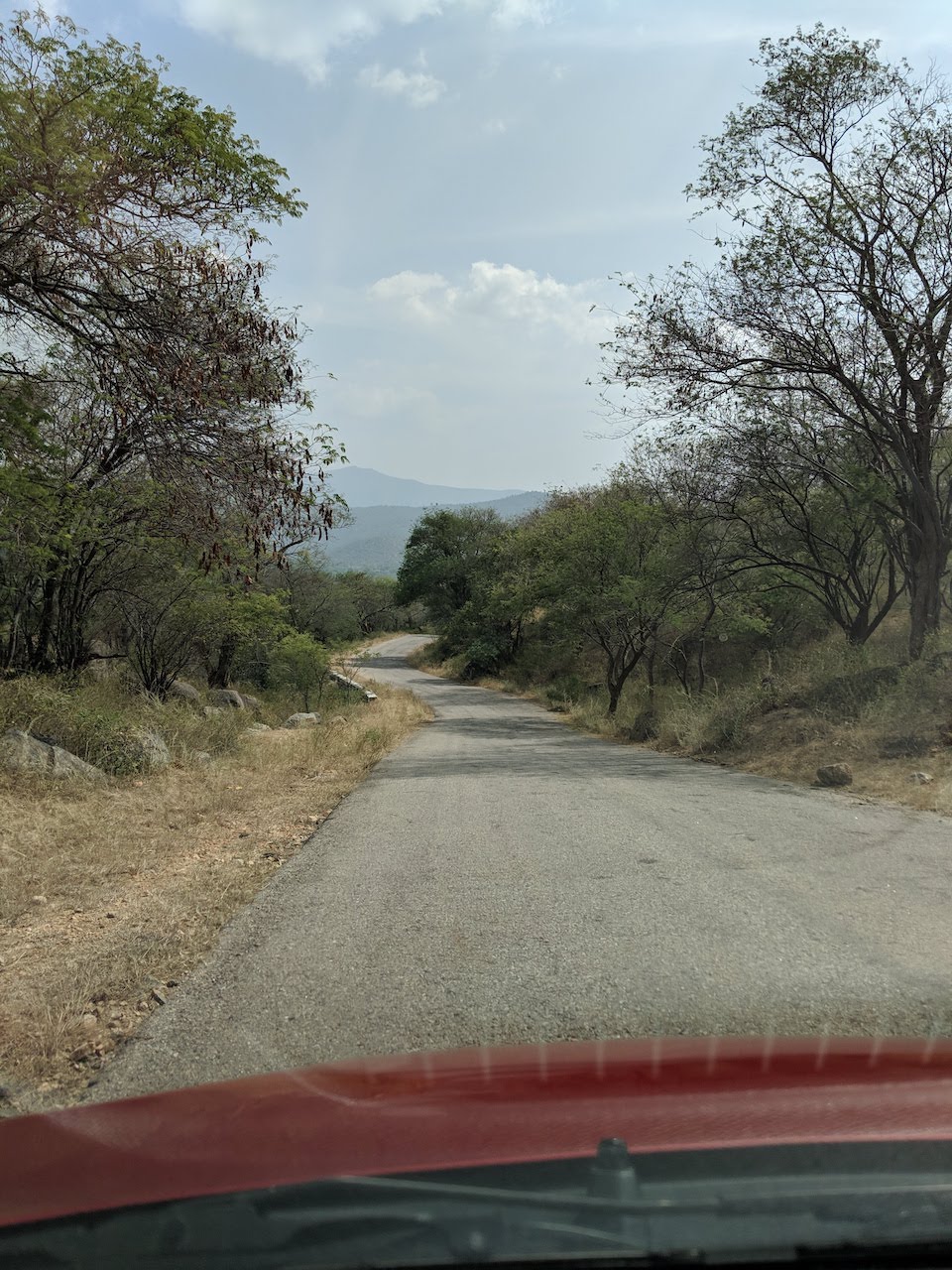 roads get narrower as we get closer

panorama of the surrounding 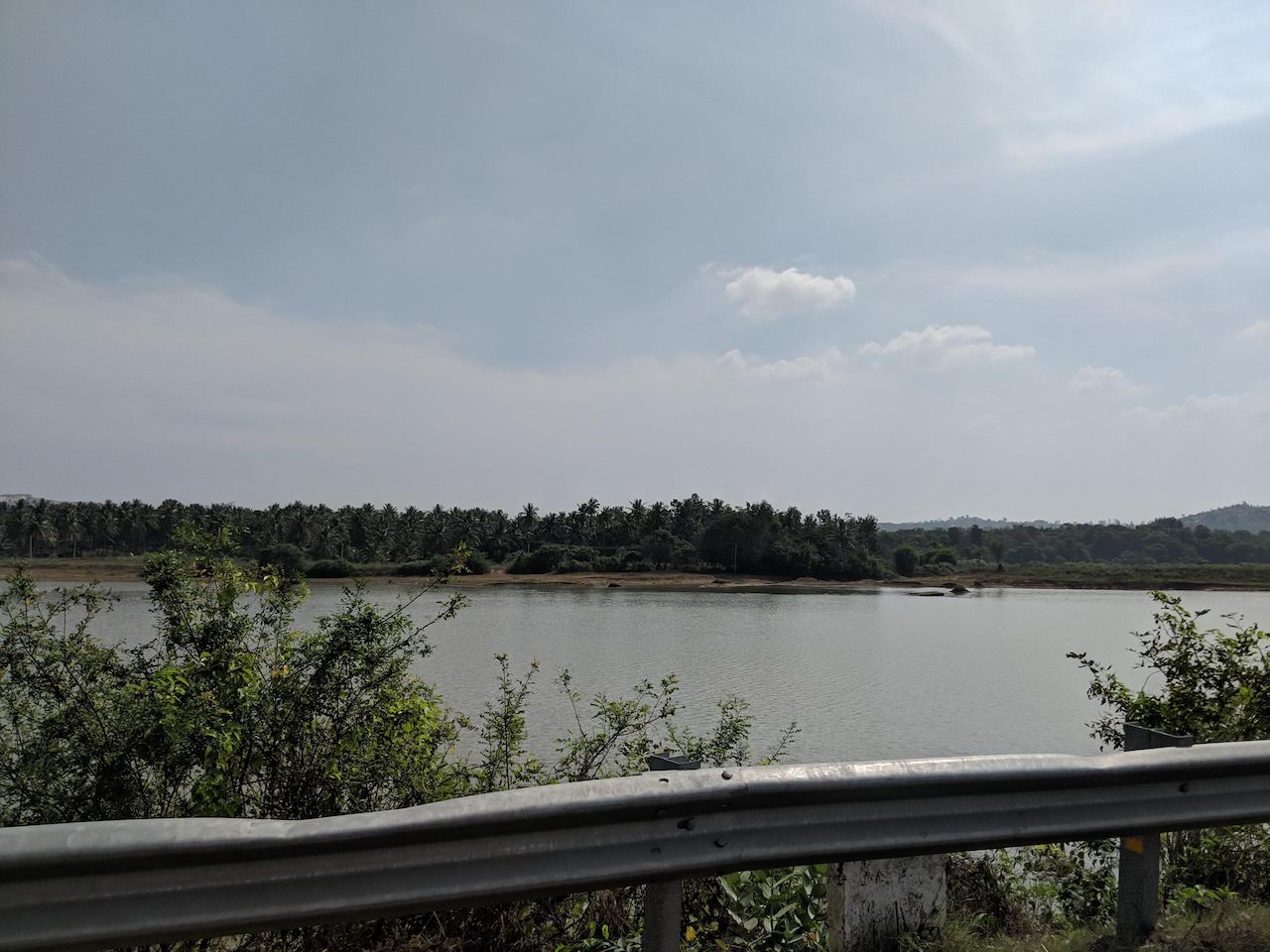 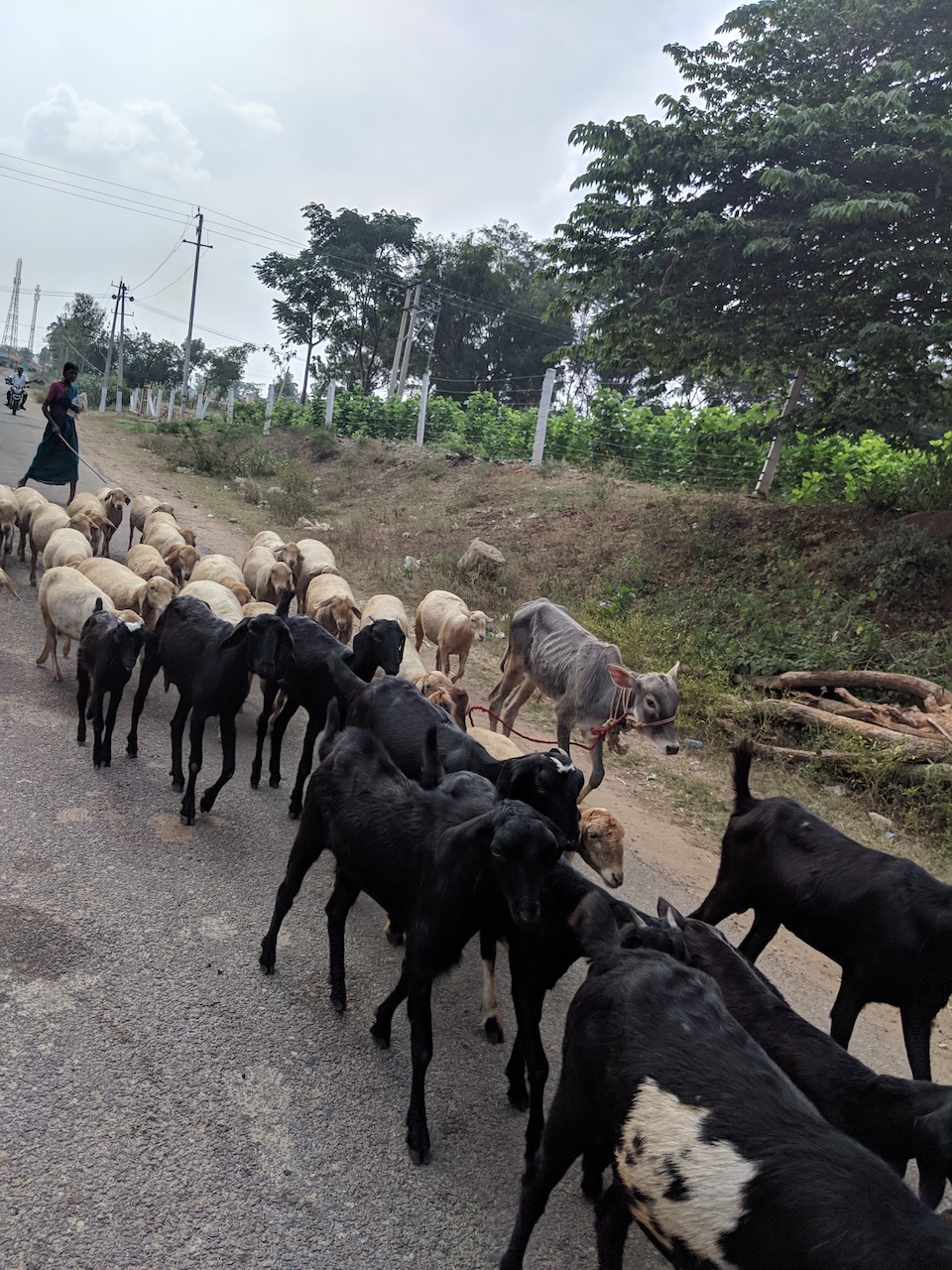 It took us a good hour and half from the MTR stop to reach Mekedatu. There was a bit of confusion around the route – Google Maps was routing us via a perpendicular road while the signs on the road said otherwise. We decided to follow the road signs and soon reached Mekedatu Sangama.

Once we reached, we realised that Mekedatu was actually still further down and we’d only reached Sangama – the meeting point of Kaveri and Arkavathy rivers. There was a coracle for crossing the Sangama and taking us to the other side, where a bus would take us to Mekedatu gorge. Unfortunately, since the original plan when we left our house was only to go till Kanakapura, neither of us had carried money and the coracle ride costing Rs 50 per person for one side and another Rs 60 per person for the bus side – we didn’t have enough money on us to cover this. So we decided to stay at the Sangama for a bit and come back for Mekedatu another time.

The water levels weren’t that high at Sangama and it was quite peaceful to sit there, besides the river watching the fish. 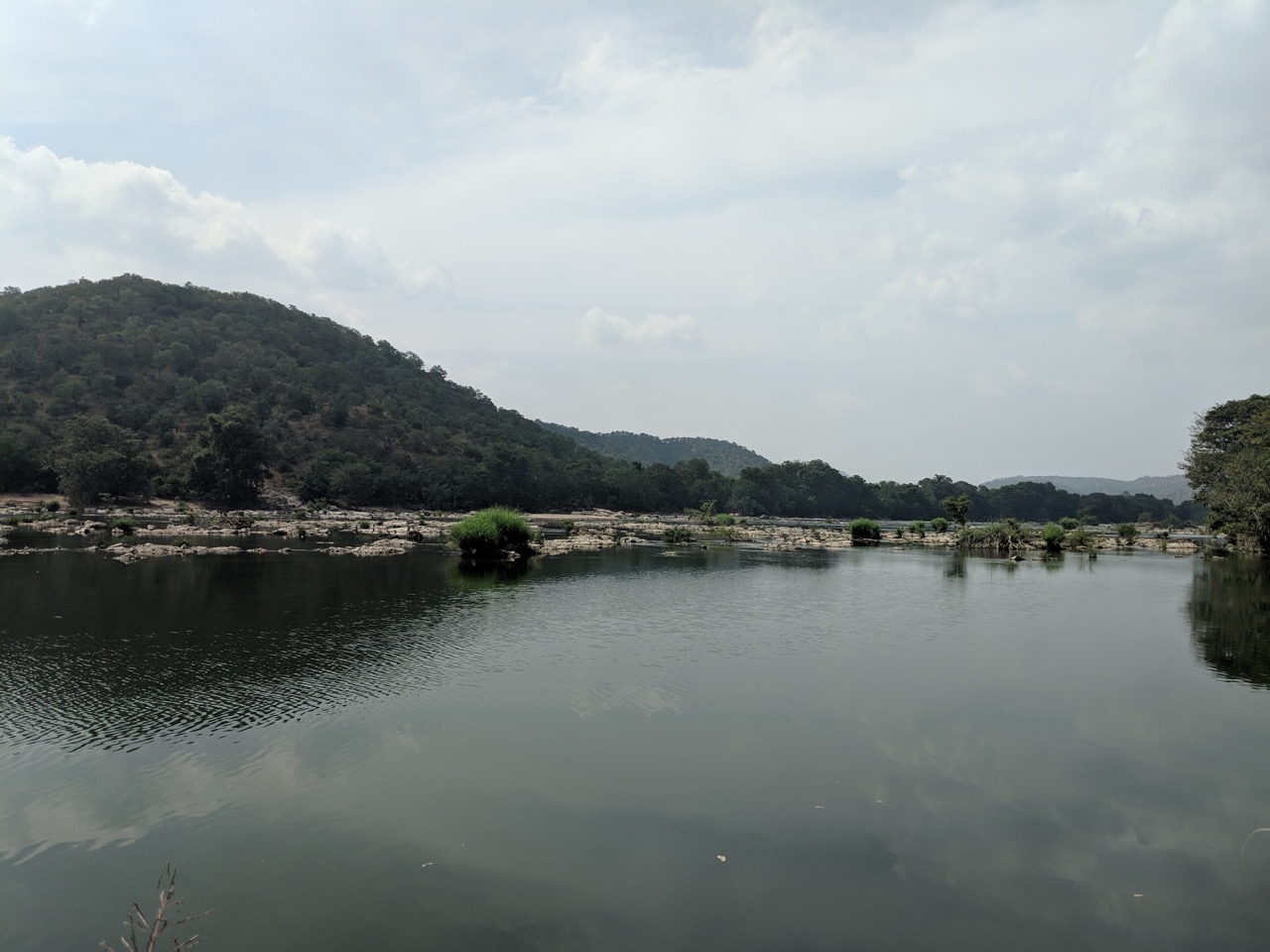 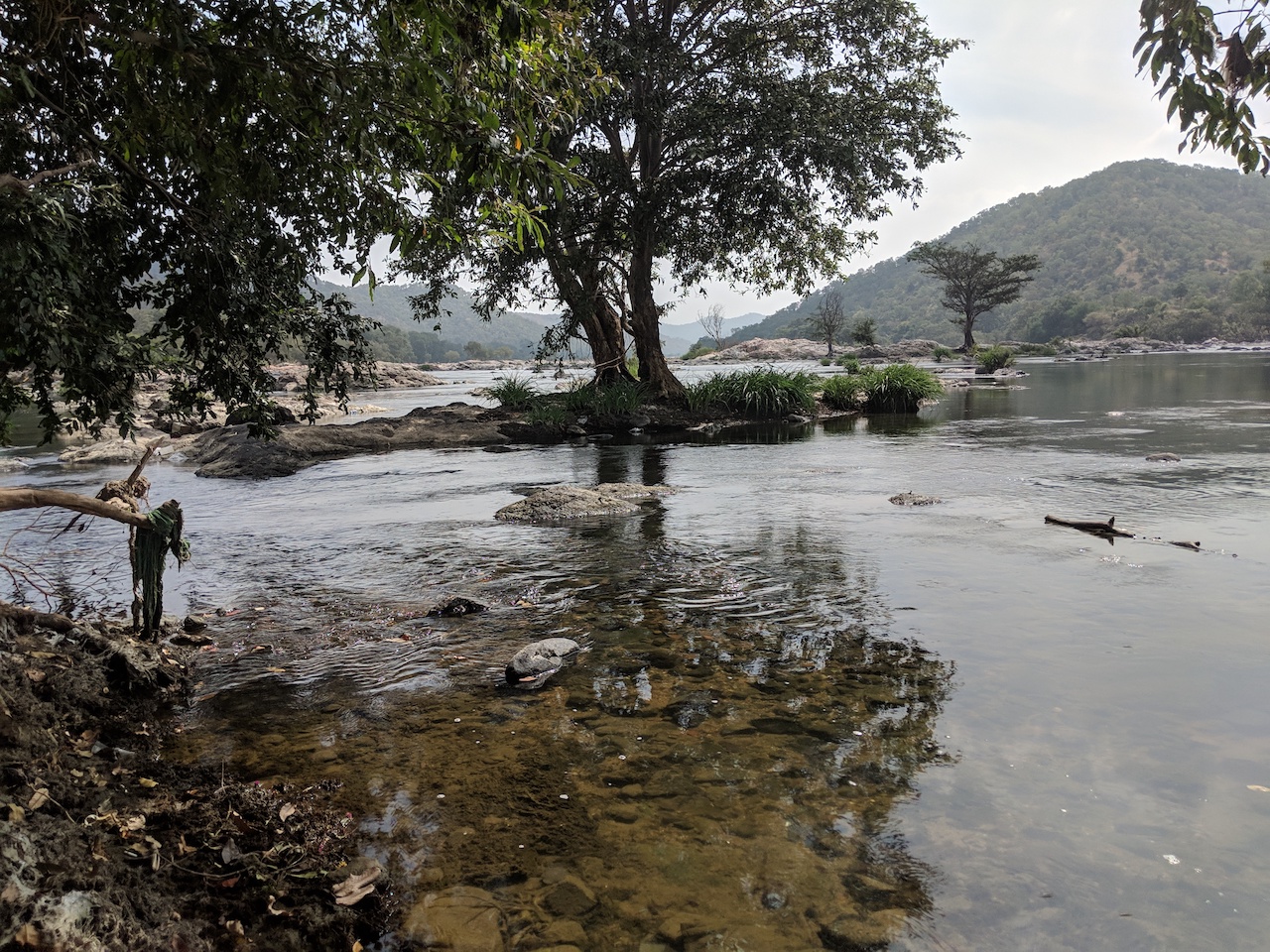 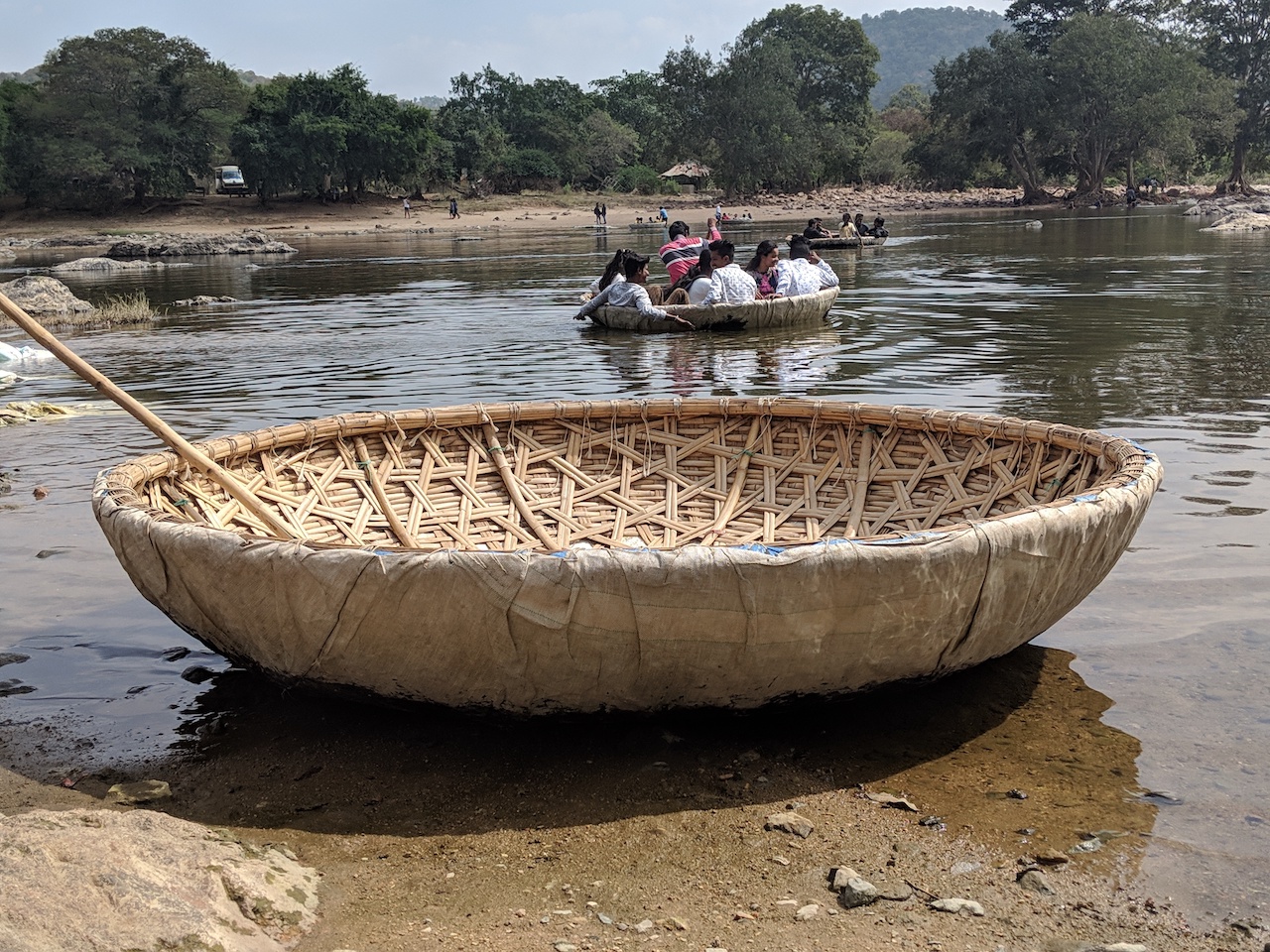 Coracle to take people to the other side

We spent about an hour here and decided to head back. We did a quick stop at the barren plains. 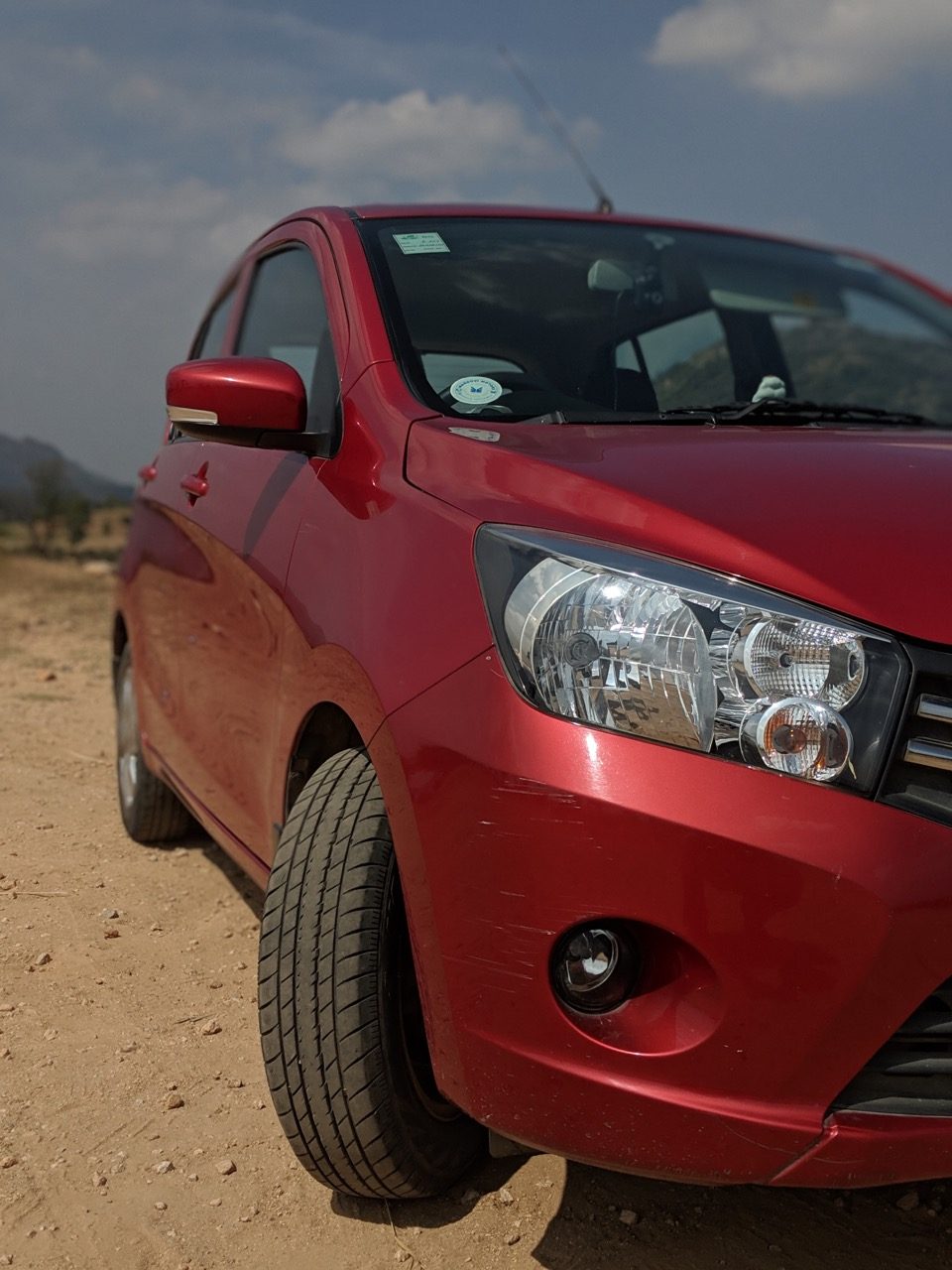 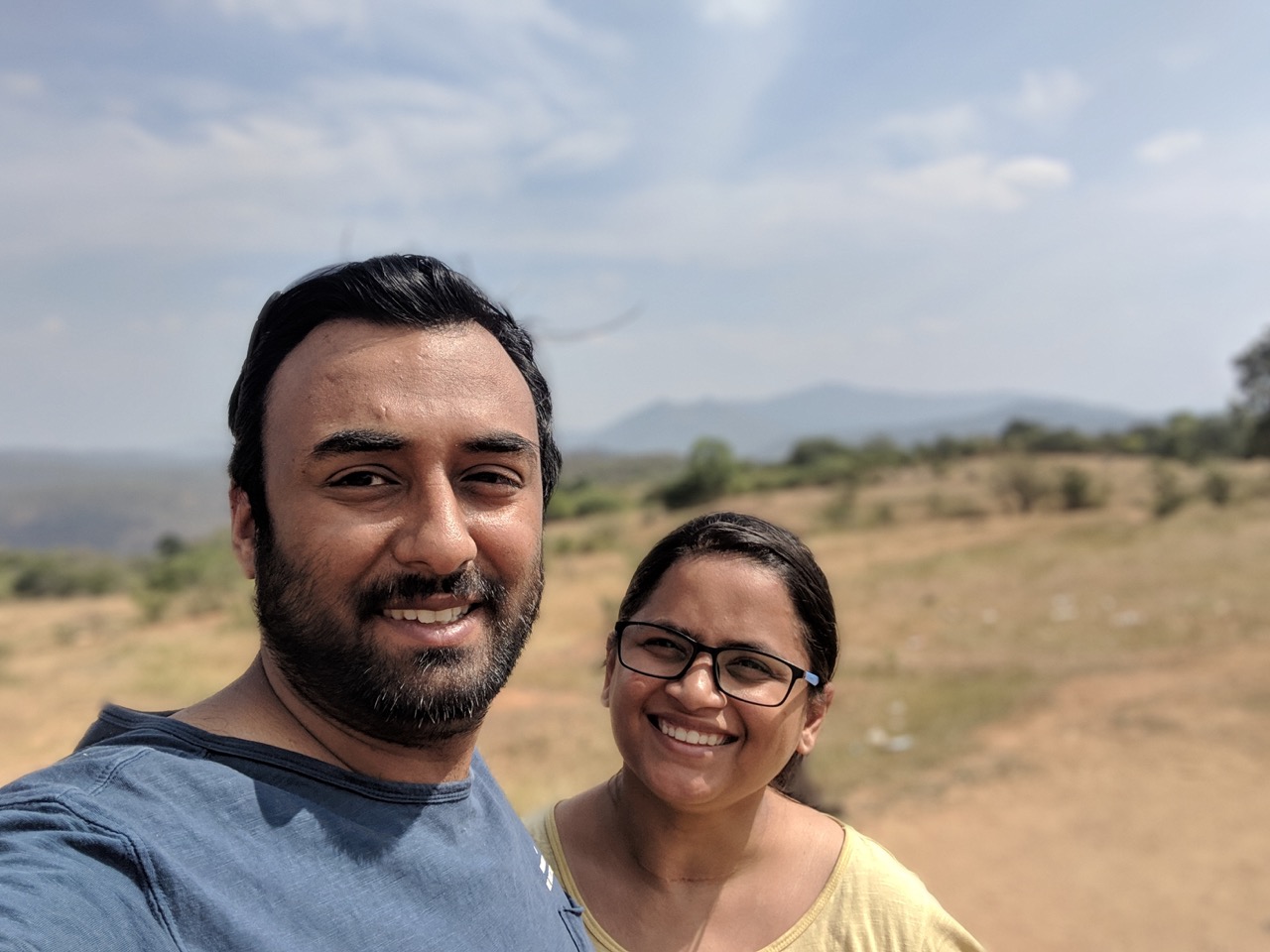 Us on the plains

Unsure of where to stop by for lunch, we started to head back towards Kanakapura. While looking for a hotel to stop by, we saw that Rasta Cafe isn’t too far off and was yet another place we had been meaning to visit. And just like that, we took a detour to Mysore Road to stop by Rasta Cafe for lunch 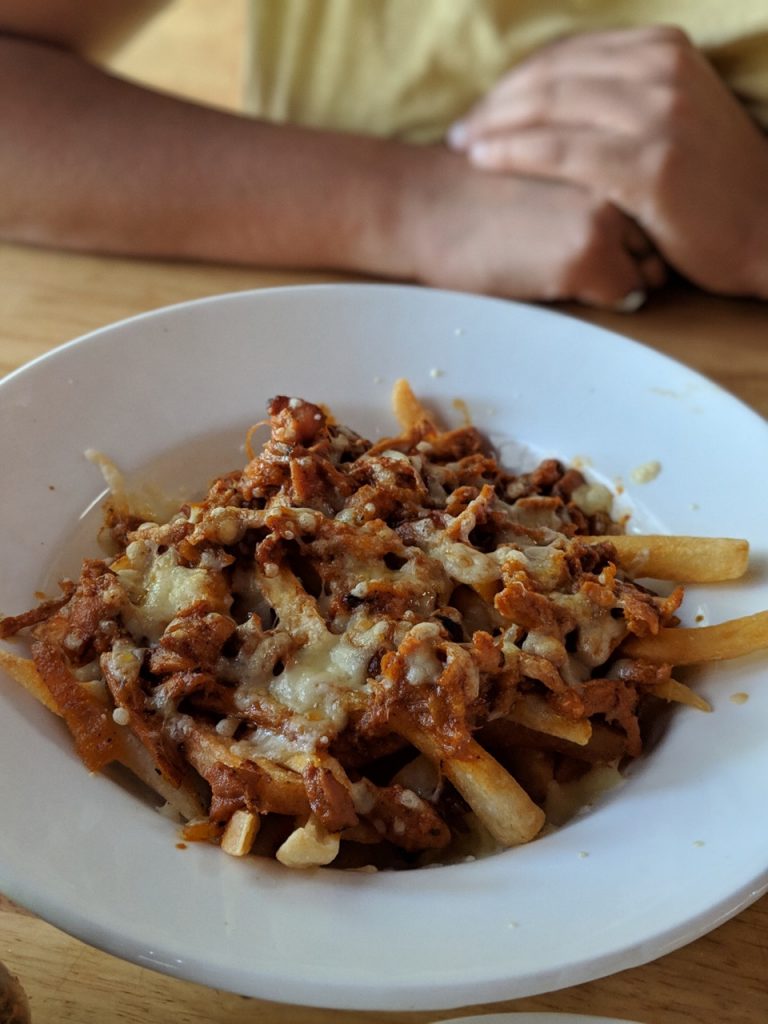 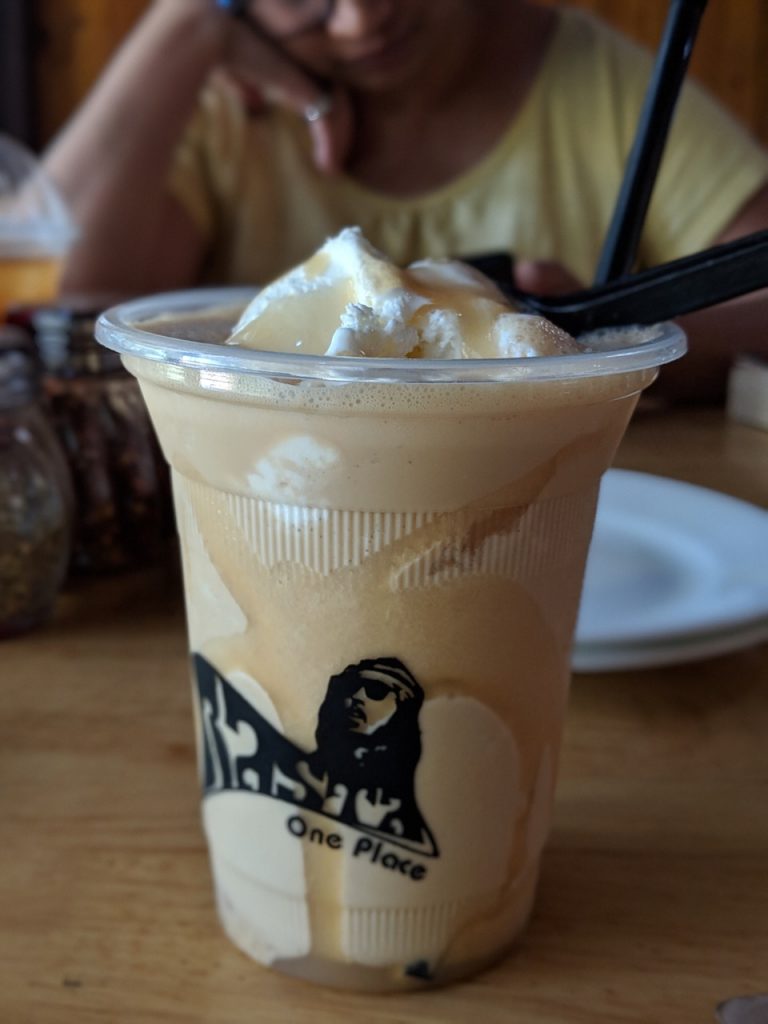 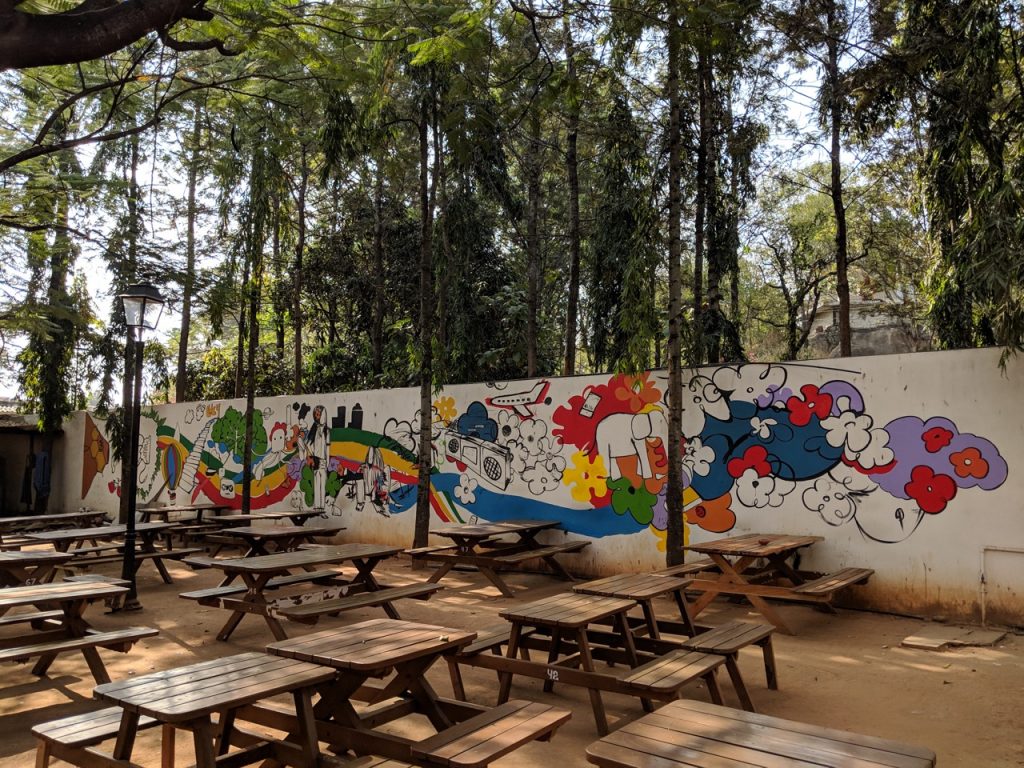 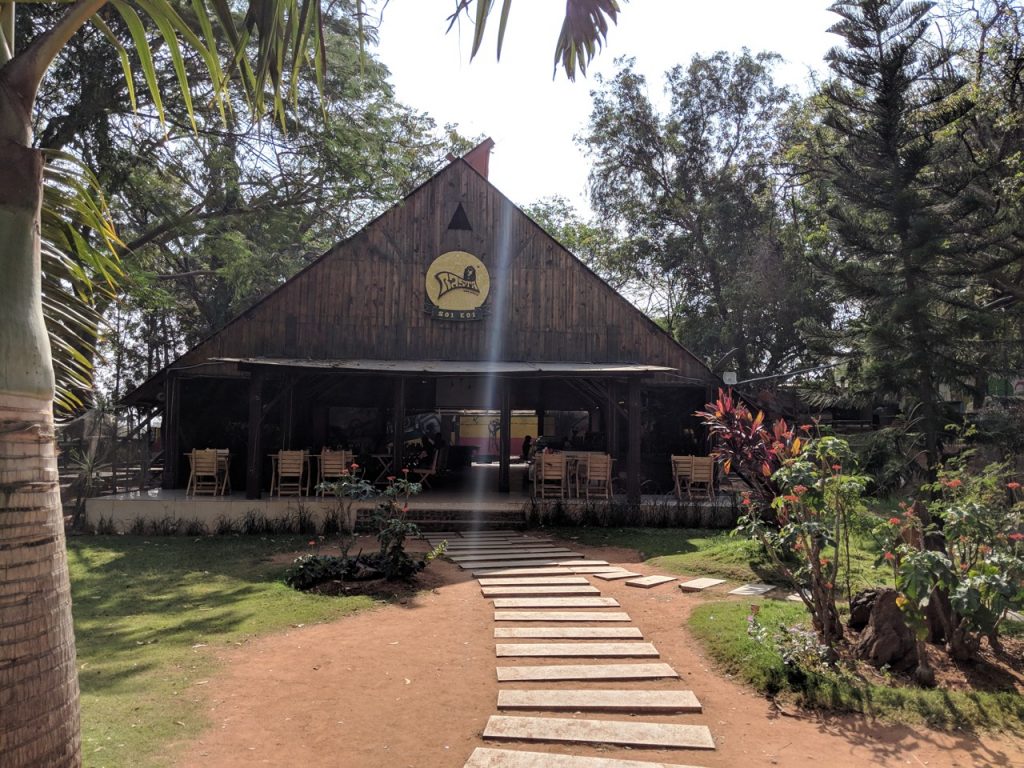 We had a Cold Coffee(“Rasta Jamaican Special”), cheese loaded French fries (“Pulled Meat Mantra”) and a Jamain Jerk Chicken sizzler. The food was good, if a bit slow to arrive. But considering that’s how people prefer at the venue, that’s not surprising. The dessert of the day was the Cheese cake but seemed a bit too dry, so we skipped it.

With this, we went back home for some well deserved rest. 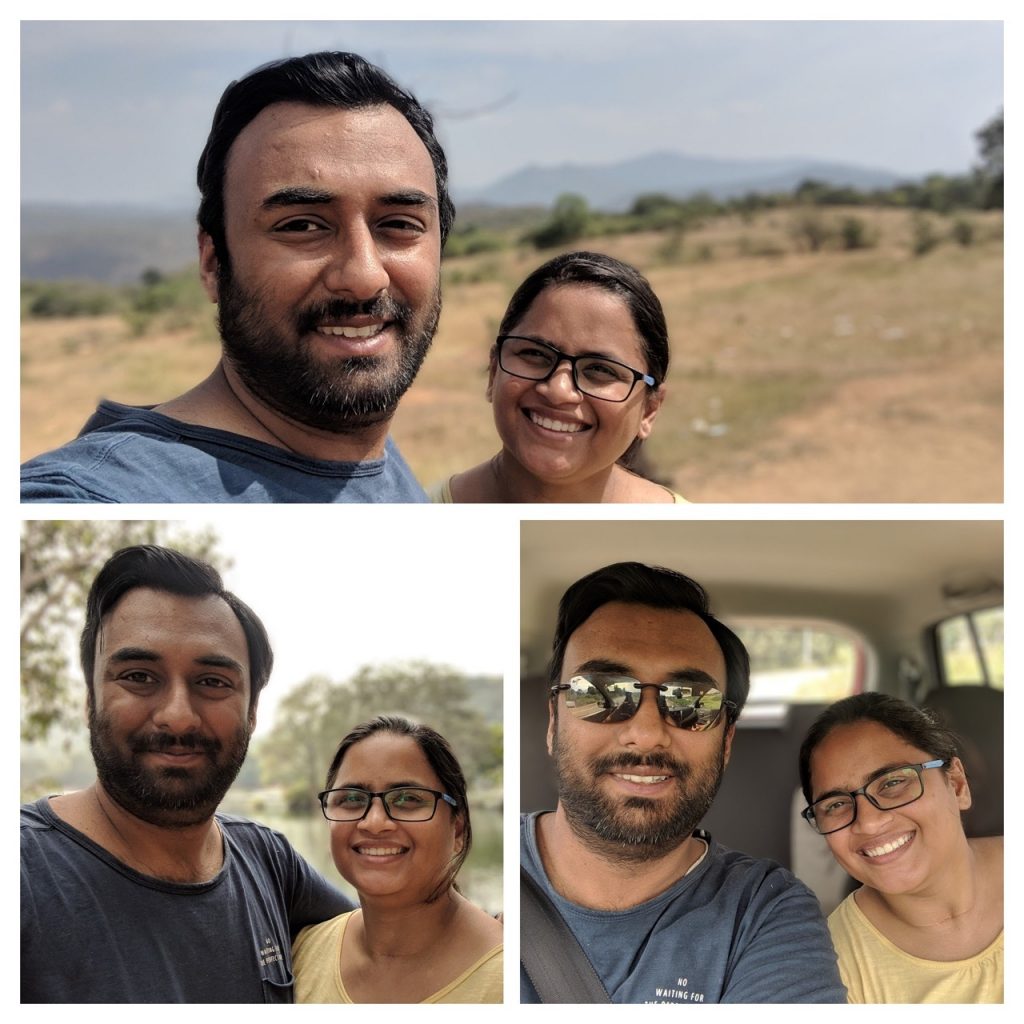 You can view the full size photos here