Getting our COVID-19 vaccines as foreigners in Romania

As of yesterday, Jo and I completed our second dose of the COVID-19 vaccines, and I feel much better knowing that we have some sort of protection against COVID.

Romania started its vaccination program quite early, as early as December 26, 2020. The vaccine rollout was done in three stages:

While stage 1 started on December 26, stage 2 started around about Mid February and stage 3 was most interesting - it started with the opening of the waitlist on March 15 and vaccinations starting on March 31. However, due to the spike in number of COVID cases, the stage 3 vaccination started much earlier than the specified March 31 date.

A bit on the waitlist: To be vaccinated in the early stages, I had to register on the Romanian Vaccination site RO Vaccinare. Once registered and there was a slot available, I;d get an SMS stating a slot is available and I’d have get 24 hours to register for the slot. If no action was taken, I’d lose the slot and would go back in the queue.

When the waitlist opened up, I tried to log in but clearly, the site was not ready for traffic and started failing and crashing. The authorities quickly added a redirect from the login screen to the main page, preventing the registrations from happening. Later on in the day, things stabilized and when I tried to register, I was able to do so without any problems.

With the registrations being done, all that we could do was wait. Some community-driven websites started popping up, prominent being vaccin.live which has a nice map of all the available vaccination centres, the approximate waitlists and which vaccine a particular centre is administering. During our daily morning coffee meets with my team, a person told me about this new centre which had opened up with a lot of slots open. Now, when I had put my name on the waitlist, I had selected a vaccination centre close to home and the waitlist was about 4000. To change the centre, I’d lose this slot and go back in the queue, so initially, I was hesitant, especially since the waitlist at the new centre was also about 4000. But I was told that the waitlists at the new centre were moving fast, so I changed the centre. And about 30 minutes later, I get an SMS requesting me to book my slot. I hardly could believe it, but I scheduled my appointment for March 30. I realized later that the new centre was actually Romexpo, a large exhibition centre converted to vaccination centre. Pretty neat!

Woo. Done with first dose. Took them harder to read my ID card to determine my id number as I seem to have some new fangled thingy. But yeah, minimal wait time, fill in form and be done

My second dose was scheduled when I did my first dose registration and the experience was quite similar, in and out in less than 30 minutes without any major problems.

I got the Pfizer vaccine and I didn’t see any major side effects. After both the doses, the place where I got the injection was a bit sore till the next day. The second dose hit me a bit harder than the first dose though - although I did not have any major side effects like chills, fever - after the second dose I felt quite lethargic and sleepy the day after the shot and I took the entire day off sleeping to wear it off.

When Jo moved to Bucharest, my first concern was to get her vaccinated - but how? Since Jo hadn’t gotten her resident permit yet, I couldn’t book an appointment from the RO Vaccinare website. There was a drive-in vaccination centre at the mall near where we stay - and decided to try there, but they did not allow us to walk in, unfortunately. A teammate told me that at this point (mid-May), there was no need for any appointments - walking into any centre would do.

We decided to head to Romexpo since that was the place with the most centres (Romexpo internally had about 12 vaccination centres - each centre having multiple booths). This time, however, Romexpo was quite empty. 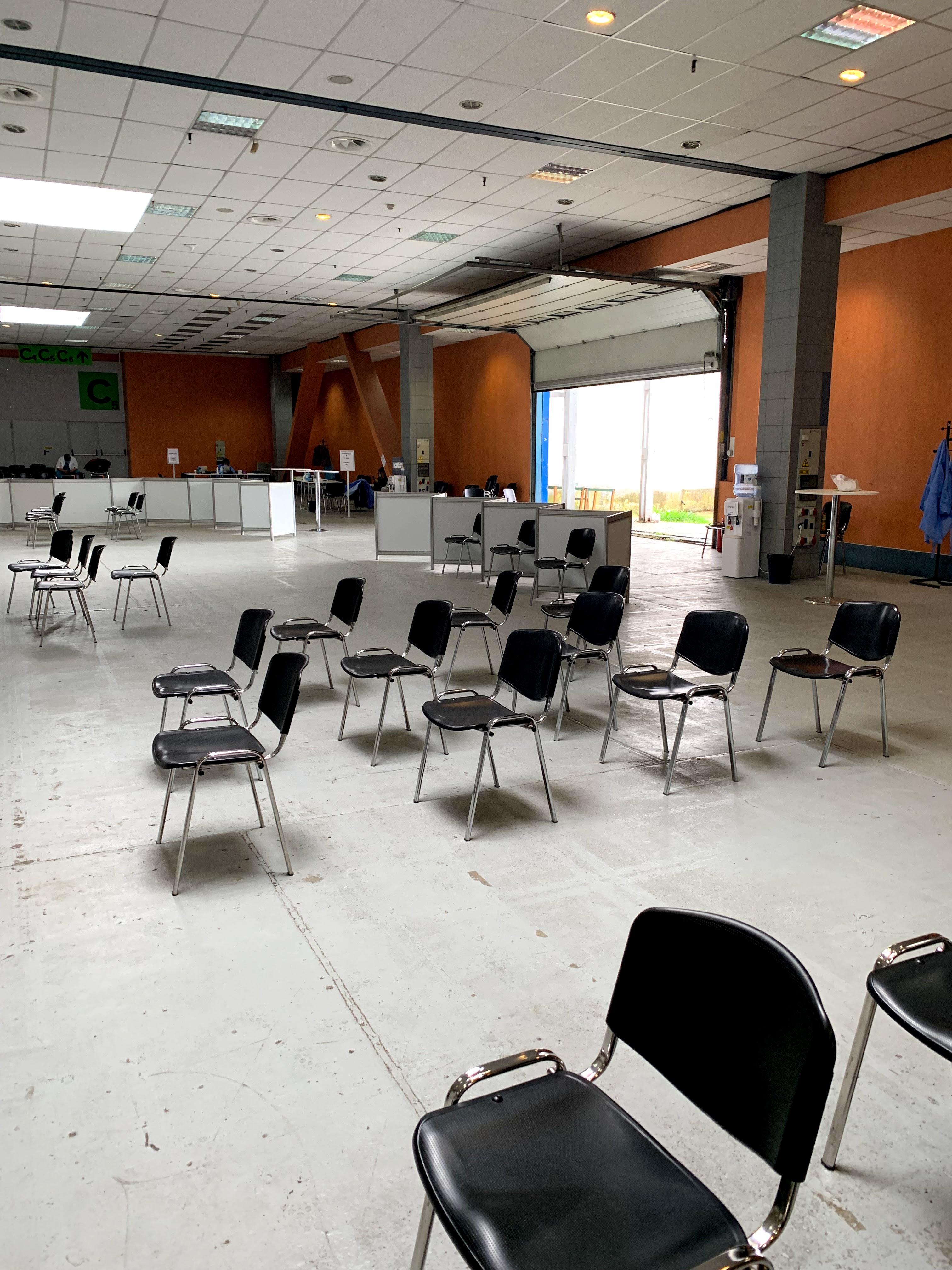 Once at Romexpo, once again we were floored by how nice and helpful the people were.

Jo got her both her doses by using her Passport as the id proof, and with a code that we’ve gotten over SMS, we can download a digitally signed copy of the certificate from the National Electronic Vaccination Register (renv.ro). It’s a great relief to be vaccinated. COVID cases in Romania have been on a drastic downswing, which is always an encouraging sign. We’re still waiting for Jo’s resident permit, and once we have that, we’re likely to start exploring more of Romania. Subscribe to the RSS Feed for updates!