Moving to a new house

It’s been two years since I moved to Romania (wow, time flies!). As part of my move, I had relocation assistance and I stayed in a hotel for 15 days. During those days, besides my day job, I was also juggling with other stuff - getting medical tests done for the resident permit, opening a bank account(that was more tedious than you’d think), some more paperwork. So I didn’t get much time to look at the classifieds to find a place.

Olx is the marketplace for almost everything in Romania, and I started looking for houses on Olx. As I started looking at some of the house rental ads on Olx, I saw that the housing scene is quite different from home.

I realized that the contract bit was the most important as I had to submit:

while submitting my documents for the resident permit.

I started looking at our internal mailing list where my colleagues would announce their listings of houses for rent. I talked to a couple of people but didn’t end up taking their listing because either the rent was too much, or the house was too small. Now I wasn’t looking for a bungalow or anything but, given the number of electronics I had, it was clear that a studio wouldn’t work for me, especially with Jo joining me soon.

This was pre-pandemic, so an office space at home wasn’t really a priority. At the same time, I preferred working from home so I was looking for places where I could set up my desktop. One of the first few places I looked at ticked all the boxes for me - it was close to work, it was in the budget, was bright and airy, and had nice windows. As more time passed by staying there, I found that the house owner was really sweet and went out of the way to help me whenever I asked for some documents related to my resident permit paperwork.

That was 2 years ago. Sadly, at the end of September, my house owner told me some news I feared would come up sooner or later - they would be selling the house and I had to find a new place. Now if you’ve been staying in a rented house, you’d know that house moves are always tedious. As an immigrant, it’s even worse as I’d have to look for a place that meets my criteria, including the most important, contractual paperwork, and of course, the owner needs to know English else it’d be really difficult to communicate.

To make things more complicated, my resident permit was due to be renewed about the same time, and changing the house after the renewal would mean another extended period for getting the permit done since the permit lists my home address. I asked my owner if I could stay till I could get my permit renewed - they were okay with that. However, since I value stability, I started looking at options.

Since moving into my first house, I’ve enjoyed staying in Sector 6, Bucharest. A lot of my colleagues encouraged me to stay closer to Old Town, but I wanted to stay close to work to avoid the traffic snarls that were a daily thing in Bangalore. Sector 6 is a fair bit away from the City Center/Old Town and most of the apartments are of the same style. They are more like matchbox apartments (known in Romanian as “cutii de chibrituri”) and look like the typical Eastern European housing towers. Not a lot of cafes and restaurants here, but I’m not much of an outgoing person anyway.

That said, there’s plenty of green space around, there’s a park which is just across the road and if there’s one thing I realized during the pandemic is that if we can’t go outside, we’d at least be glad to go to the park and spend some time there.

Given the above factors and how much I got acquainted with this area, I started looking at houses near my current place. Just for fun, I was also looking at a few other places for rent in the other areas. Most of them had big apartments, but you’d look outside and it’d be surrounded by a lot of concrete blocks. Didn’t like that. Every day after work, I’d spend about 30 or so minutes looking, shortlisting on Olx but nothing that I liked.

Then it happened - just like the first house, I saw a house which was just right. Had nice windows which would make the room bright, it wasn’t very far from my current place, and the rent was just right. I immediately called the owner and asked if the place was available. The owner could converse in English, said he’d have no problems giving me the required paperwork. I went over to the house the next day, saw the house, talked a bit about maintenance and stuff, and just like that signed the contract. So I went from being not sure where my new place would be and when I’d move to, to having two houses in less than a week. Funny how things work.

Since the new house was just a couple of streets away and we thought we didn’t have a lot of stuff (I mean the house was fully furnished and we practically moved countries), we figured we would move by ourselves, stuffing into our suitcases and pushing them across the street. Sounds good in theory till we tried it out - first, we had a lot more stuff than we had initially thought. We had multiple visits between India & Romania and what we thought was 4 bags worth ended up being closer to 6 bags worth.

And then there were Murphy and the weather Gods that decided to open the keg on the tap that is rain. By the time we pushed one suitcase worth of clothes, we realized it wouldn’t be possible to move all our by ourselves just by pushing the suitcases. Since I don’t have a Romanian driving license and my Indian driving license was not recognized in Romania, renting a car was out of the question. We thought of hiring a Uber or the like, but before we could do that my teammate offered to drop by and help us move our things.

Thanks to his help, we could move our electronics - two desktops, three monitors, the gaming consoles, the router, the speakers.. and many more safely. My obsession with keeping the original boxes came in handy, as the tweet shows.

Moving day. After 2 years in the current place had to move out as the owner decided to sell the house. Glad I had most of the original packaging, especially for my monitors, cpu tower and rest pic.twitter.com/H3PrKbdtrV

Over the last weekend, we did one final clean-up and finished moving our pending items. It’s a shame that we had to move, but such is life. Had a wonderful time in the old house, and thanks to the pandemic, we ended up spending even more time in there than we thought we would. Onwards to the new house! Some pics below: 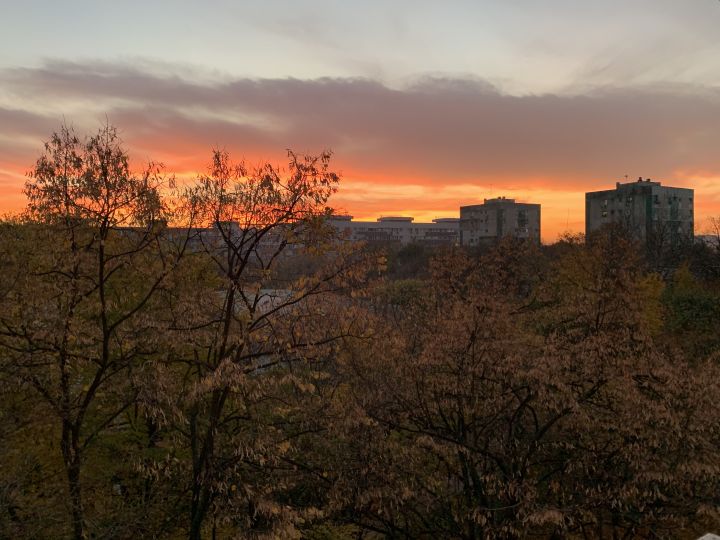 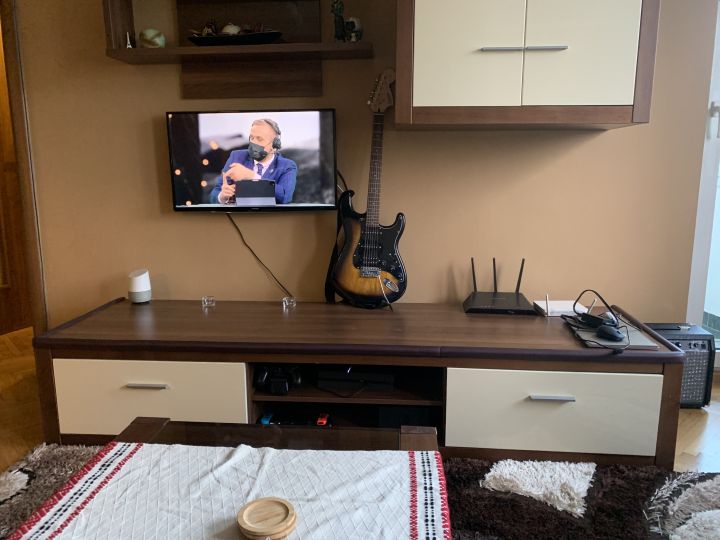 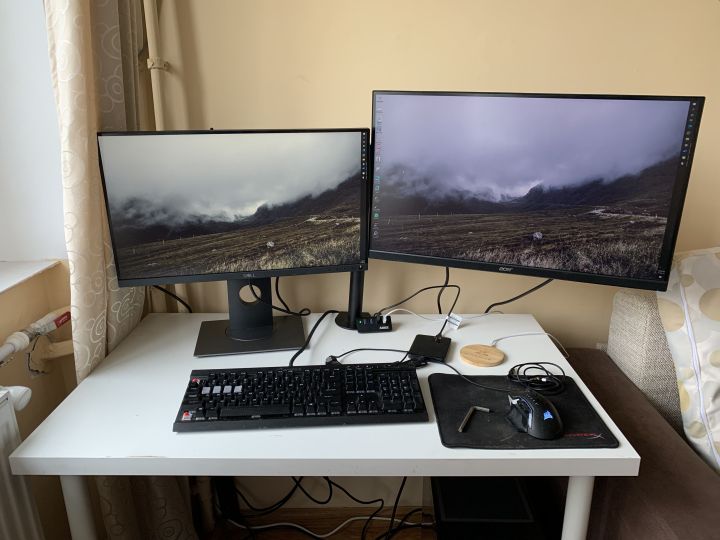